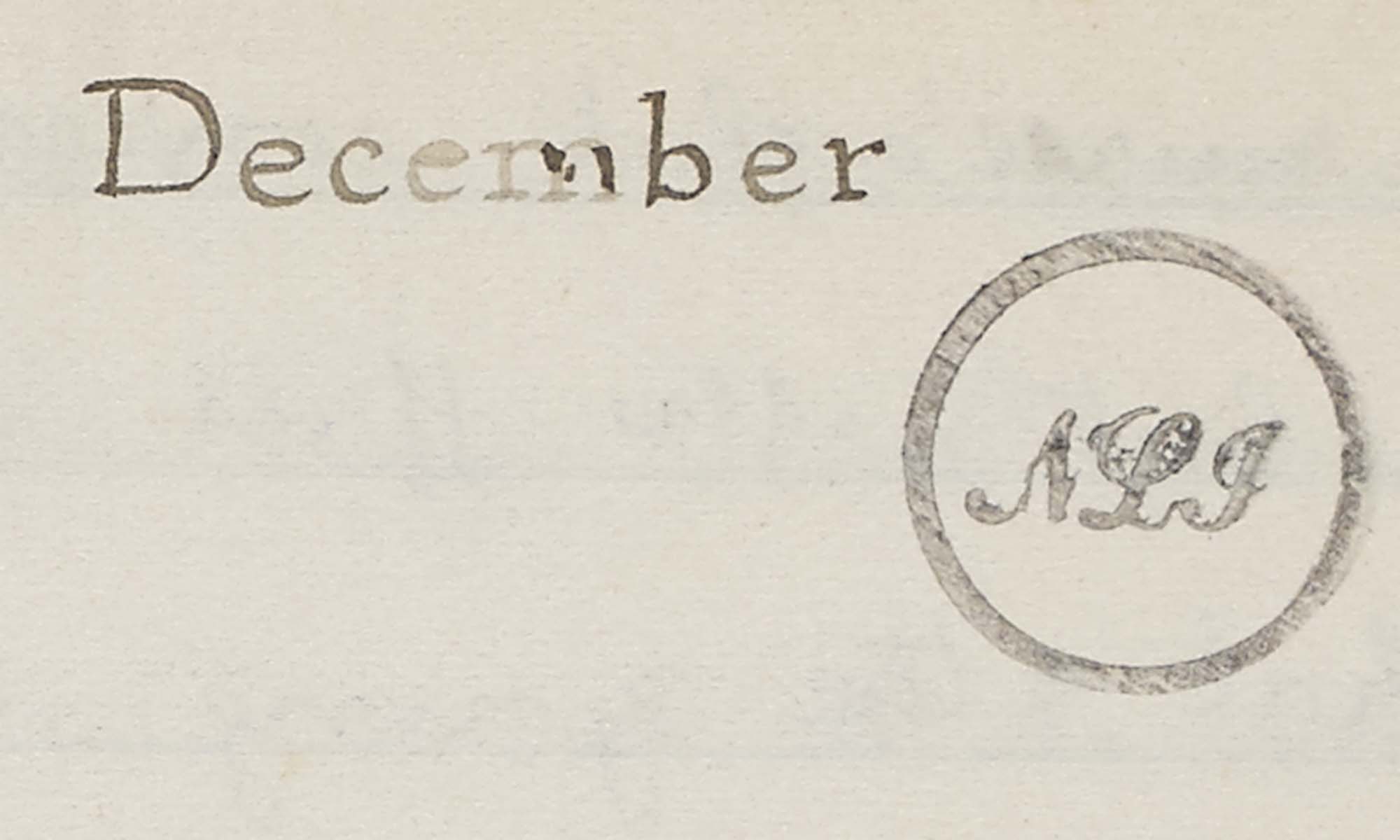 “I went on to the club committee then; it was nearly all about the plebiscite. There have to be articles in the local press to prepare the public’s mind, & handbills distributed; & they say of course Redmond will send orders to all his followers not to sign it.”

Monday 17th. – I went to town in the morning and then to the Tech, hoping to get Lasairfhiona’s broach done by Xmas, and did some of the fastening.

Tuesday 18th. – I went to the hotel in the afternoon Marie had been staying at Tráit Mór at Miss Timmons’s for her health, but she was at home, & fairly well. Tash was not up to much. Mrs P. told me stories of wicked carmen, showing the worthlessness of the lower classes. They talked about Áth Cliat & the Aonac too, & Fr Cullinan came in while I was there, on his way to the train. I went on to a class at the G.L., and when the class was over MacSweeney told us a long story about match making at a farmer’s house, & the villainous tricks of a tailor.

Monday 17th. – This was the evening we went to the Newtown entertainment; Uncle Charlie, Aunt H. & J, & I thought I would die. They walked so slowly & it was so cold. There were some very nice piano duets &

solos, & a food pageant from some English magazine by the children – Potato, Oats, Wheat, Onion, Apple, Sugar, Bread, Maize etc, & a fairy Thrift & another fairy Imagination. The children were prettily dressed, but it was very English & silly. Wanton Waste came in & fled at the sight of Thrift, & she was crowned queen of the foods, all the foods repudiating any right to the crown. Thrift informed us that people are now playing the game of doing without, & it is quite an interesting game if you play it right. It seemed to me an entirely indefensible remark considering the state of the poor regarding food. After supper & some the big boys acted some scenes out of Henry V, the same as they did several years ago. Henry was one Hugh M’Clean & was rather good only for his long pink mantle. Fluellen was the best. Susette Clarke & one of the Chapman’s did an English comic dialogue about drunken geese then, extremely well, &

Wednesday 19th. – I went to the Tech both in the morning & the evening, got some soldering done in the morning, but spent most of the evening watching him & Miss Whitty putting plaster of Paris on her bust of her sister. Miss Courtney & the dumb girl were casting their bas reliefs too. Shea has no regard for my time, he should not have told me to come down in the evening.

Thursday 20th Dec. – I went to town in pours of rain with parcels for J. Ayres & M. Burns, & got tickets and gave bought various things – pots for Dorothea & a very nice little silk rose for Nancy, etc: It snowed for some time, beginning as I was coming home, and then turned back to rain. I was making Christmas cards these days while there was light, and was surprised to find that I could do a few simple sorts of interlacements. Uncle Charlie caught a cold and went out one cold day & made it

Friday 20th 21st. – I went to the Tech again in the morning, but Shea would enamel with a blowpipe, & it wasn’t a success & the soldering got loose & the brooch was practically spoiled. I was a fool to put the enamel on the brooch itself instead of a little plate, & he was worse to try experiments with it when he knew it was for a Christmas present. There was a committee at the club in the evening, to hear Wheeler’s report from the Árd Coinairle [sp.?]. He told us about their way of buying food direct from farmers, and about the plebiscite that has to be carried out before the end of January. And how Darrell Figgis wanted it to be done on the British franchise – because it wd carry more weight. They told me in Át Cliat that he was against women. Wheeler is a pretty good man I think, but its queer how he always says th for t,

Saturday 22nd Dec. – I made little cakes in the morning for Miss Bowan R. Butler, etc, & in the afternoon went to town to finish shopping. I got a hearthbrush, & a little shovel for R. Butler. I met Mrs Gallagher & she talked to me about the tea party the Sinn Féin girls are going to give, & when I got to the carstand Powers, they talked about it too. They said I was to mention their names next time someone was wanted in Át Cliat, and when I told them about Mrs Plunkett’s doll’s house, they scorned it for having no staircase. Juley was making Christmas cards. They are still asking for Frank Slattery, which I was too discreet to do in Át Cliat; but indeed I never thought of him. I went and called at St Declan’s then, & told them about the plebiscite. D. is expecting the Stephenses for a few days after Christmas, & Ben & Charlie Murphy after that.

Sunday 23rd Dec. – Fine bright cold day. Dorothea & Tom came to dinner & after dinner we all went out to R. Butler’s with things for her – that is, D & I went in to see her & T went on out the road. She is very rheumatic. As usual she had a lot of things from other people. Mamma sent her chemises & Aunt H. a bed spread, & Aunt Is. An old gown, & D. tea & sugar & bread. She had got sugar from other people too. D. & I went in to Suirview to fill Aunt H’s sweet bags for the poorhouse girls after tea – they were all bullseyes this year, & I suppose it was a wonder she could get them before. I went on to the club committee then; it was nearly all about the plebiscite. There have to be articles in the local press to prepare the public’s mind, & handbills distributed; & they say of course Redmond will send orders to all his followers not to sign it.