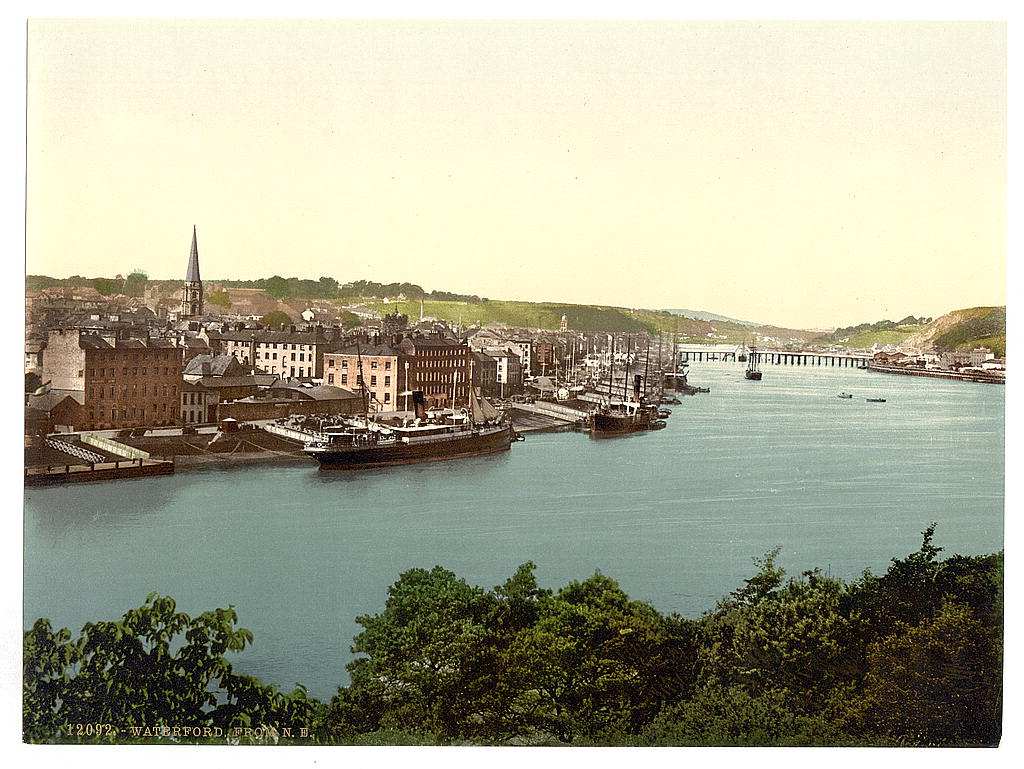 “They were talking of doctors, & Miss Phillips had an idea that no man wd dare consult Dr Mary Strangman for fear she would kill him for being a man.”

Monday 25th. – A lovely fine sunny spring day. Mrs Jeffars came over in the morning to ask us to afternoon tea, but I had arranged to cycle in to town & visit young Mrs Rowe. Still I was so grasping & she seemed so anxious for one of us to come that I said I would call in on my way back.  [unclear shorthand symbols here]. I started just after dinner and would have had a very pleasant ride if I hadn’t been in such a hurry, trying to do the 2 things in the afternoon. Mrs Rowe had sent her children out to walk so I didn’t see any of them, but I heard a good deal about them. The oldest

boy, Jim, seems very cute, & there’s a new baby, a girl. I found the Jeffars’s place easily on the way back, there is a long, very pretty lane up to it from the road, & a nice garden – I believe they have a short cut to the main road on the other side. Mr Jeffars was there as well as the 3 women. They talked about Waterford & asked were there nice churches there, I had to confess that I did not frequent churches. [Superscript: They seemed to know something of doctors]. They were talking of doctors, & Miss Phillips had an idea that no man wd dare consult Dr Mary Strangeman for fear she would kill him for being a man. Strange how so many people in these parts send their sons to Newtown.

I had a very nice ride home from there in the dusk, meeting no policemen, though I am told they hang about the roads there, especially the sergeants watching for people. Mr Byron is a J.P. now.

Tuesday 26th Feb. – Aunt Maggie gave me some plants of sweet William and columbine out of her garden – she had forgetmenots & wallflowers & pansies all flowing & it looked like April. She came with me to the train & we had a long time to wait for it. She gave me a lot of daffodils too, some for us & some for Mrs Powers, so I called at the hotel with them on the way home. I went to the class at the League in the evening. Aunt H. seems little better than when I went away, but Mamma was pretty well.

Wednesday 27th Feb. – I went to the Tech & began practising twisting copper wire together in preparation for making a silver ring. I went to the hotel after tea, & from there to the Fianna hall, where the girls informed me they had news from Dublin that they shd not be in the Fianna at all, but in the Clan na Gael Girl Guides.

so apparently they must set up for themselves somewhere and I don’t know how the classes are to be managed. There is a Miss Kelly in Drumcondra to whom I was to write for information.

Thursday 28th Feb. – I went to town and got tickets etc. Miss Slattery shows no sign of even looking for The Sheep & the Goats which I asked her for a month ago. Tom went to Dublin the day before, to the D.S.E.R. meeting, so Dorothea came with me to Darrell Figgis’s lecture in the theatre. There was a pretty good audience, including Mettrick, and on the platform twelve men, not all members of the committee. Father Kelleher was one. Figgis was supposed to be speaking on the task before Sinn Féin, but he by no means confined himself to that. He began by describing the civilisation and importance of Europe of ancient Ireland, mentioning the Council of Constance in 1416, when Ireland was still ranked fourth in European nations.  Then he talked of the Convention, and read a copy of a letter from Lloyd-George to it, telling it the settlement it was to come to, no control over customs and excise till a commission sits on them after the war, and none

over police or post office till after the war either. I forget the rest, but there were important parts – except a good point about Sweden keeping an army & a navy sufficient to keep Russia or Germany from trying to use her coast, on what the British government spends on police in Ireland.

Friday 1st March. – I went to the Tech and drew a lot of silver wire, which is much brittle & more troublesome then copper. In the afternoon I visited Mrs Coade & found her disengaged – she talked about her family in Wexford & said her sister has a hard time with their parents – her mother

takes no interest in any of her interests, and her father, who seems very religious & apparently has a scorn of women, considers her “a half saved child.”Mrs C. has a theory that people born in the 3 autumn months have a natural affinity for each other; she & her sister are so spiritually mixed that their yearly horoscopes cannot be disentangled. Charlotte paid us a visit later, and I know we had very interesting conversation, but I forget what it was.

Saturday 2nd March. – I went to see the Powers in the afternoon to know what was being done about the plebiscite, & we arranged to go to a couple of old women’s institutions on Monday. Then I went to the hotel where Mrs Power had asked for me. She wants to get together a few reliable women & do first aid because Figgis spoke as if trouble might be expected soon. I had to go

home very soon because Séan O’Floinn was expected to tea. He & I went over to St Declan’s later on and Mettrick came in & outstayed us. He had a book on Greek Ideals that he lent them, & they were talking about Buddhism etc too. Séan was anxious to know if Buddhists believed in a future life, & on being told that they didn’t claim to know about it (beyond reincarnation) he said they were sensible people.

Sunday 3rd. – Séan went to mass and paid visits, but he would not come with us to the Trades Council meeting in the afternoon. It was a great big affair, chaired by MacDonald the new mayor, with lots of speakers, all about the need for organisation of labour. Cleary of our class at the League spoke very well about teachers, a man from Dublin with an English name & an English accent spoke very well on labour in general, with fire &

humour & extraordinary gestures;  a man from Belfast spoke very well on the housing of the poor, & nearly everyone said  used the Mayor’s opening remarks that he was in favour of trade unions so long as they were fair to the employers, in a very sarcastic manner, mentioning various mean-nesses of employers to employees etc. P.J. Daly spoke last of all, very well too. I went to the committee at the club in the evening, & complained that there were no women on the platform at the lecture. They protested that the whole committee was asked, and after that whenever names were wanted for jobs they took care to suggest – “the ladies” partly in malice. So May New & I were put on the propaganda staff, with Cannan of the News & I forget who else. They tried hard to make J. B. Walsh be electioneering chief, but he wouldn’t take it.