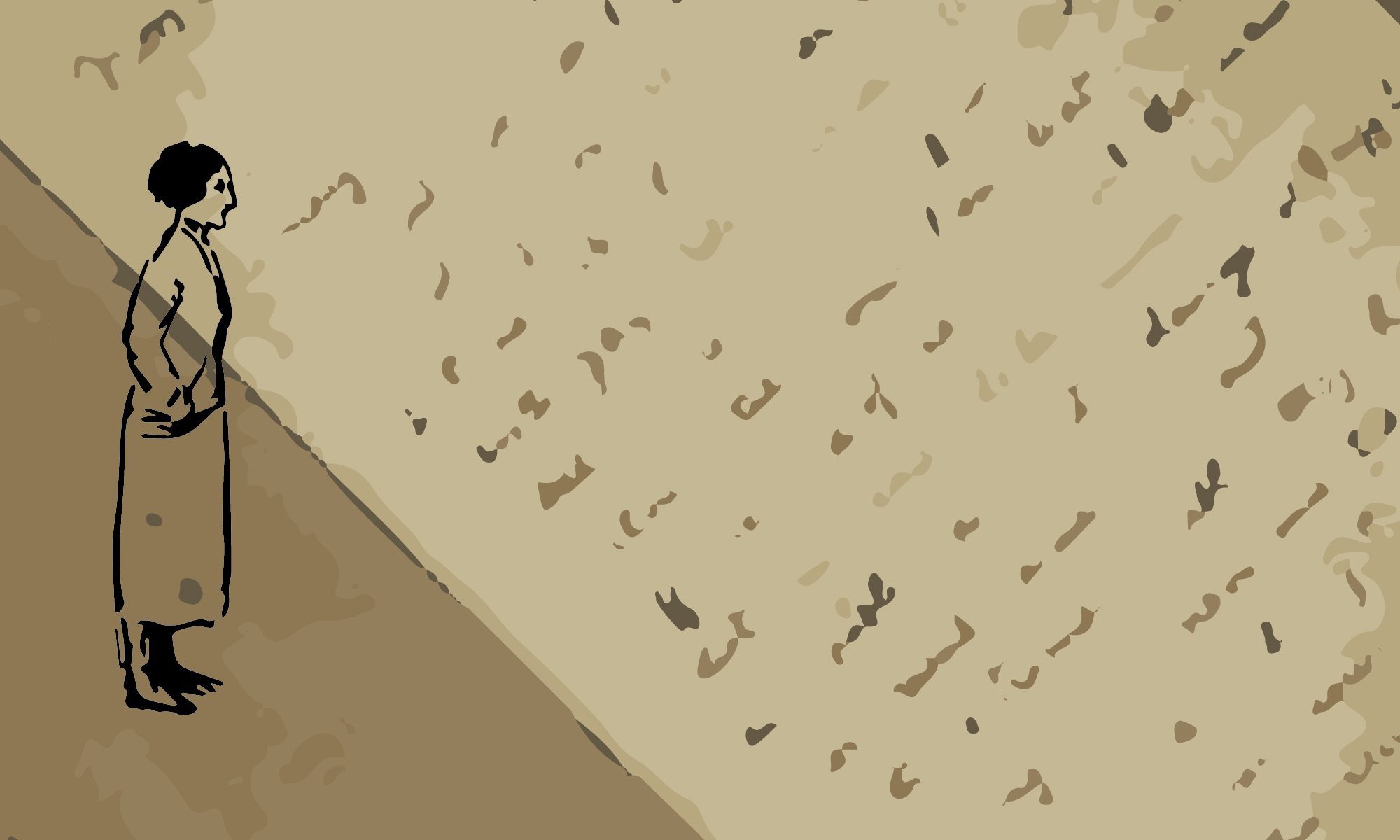 “There was a gen. meeting at the Fianna hall, we arranged to have only one night a week till the autumn, & Angela Quinn wanted to resign because she said she seemed to be an eyesore to some of the girls, but I got her to say she wd reconsider it. Girls are the devil.”

Monday 28 29th July. – I we Mamma & I visited Grace Bell in her garden a.d. Ruth looked very well & was cheerful & good even when she was imprisoned in a “playpen” I believe they call it, while we had

tea. Grace says she is very frightened of dogs because she had two frights from them once. I doubt of being brought up by Grace would remove a fear of dogs if it was once there. The garden is lovely, especially a pergola arrangement where there is purple clematis on one side & a beautiful big white rose on the other, both hanging over grass. She had splendid tomatoes too. I went to tea at Newtown House & found Dorothea, Tom, Blanche Hanna & Nancy there too. Amy Moore from Cork was staying there, a handsome girl but with a very conventional uninteresting effect. D. knew her at school. We had a noble supper & then went out to walk about the fruit garden & eat gooseberries. Fred Bell seemed to admire Nancy & Blanche, & flirted rather with the former. Then they were going across the field to look at Fred’s boat, but my shoes were too thin & so Grace & I came

back to the house & sat with the seniors in the parlour, & I had a lot of conversation with Henry Bell about Tramore & Bunmahon and Rathwhelan (he praised the cave highly) and other coast places, & Uncle Freddy’s death & the 1861 accident at the amphitheatre etc. Also about old secretaries, á propos of one he has, very like ours only without the solider on the middle door. I was wondering what had happened to the others & were they never coming in, till at last I found they were sitting out in the garden & I went out to look & found them established with deck chairs & a tent around the corner. Fred had cigarettes & gave me one, & it was nicer than some I have smoked. They were arranging to go out on the river then, but as it was nearly ten & I knew they would be an hour at least & that the boat wouldn’t hold unlimited numbers, I came home.

Tuesday 30th. – I washed my hair. I visited Eileen a.d. & she told me all about the first aid class taught by Dr Morris that she has been going to, & the exam at the Courthouse la the week before. It seemed more searching than the one last year, but they all passed, & now she is going on for home nursing in the autumn. There was a gen. meeting at the Fianna hall, we arranged to have only one night a week till the autumn, & Angela Quinn wanted to resign because she said she seemed to be an eyesore to some of the girls, but I got her to say she wd reconsider it. Girls are the devil.

Wednesday 31st. – Fine hot day. I visited the carstand Powers a.d. & they wanted me to go to Woodstown & told of the fine time they had there last Sunday, & J. told my fortune with cards, but wouldn’t let me write any down, so I’ve forgotten it. I know it was pretty good, especially regarding Dublin when M. & I go there next week, but none of my wishes were to come true.

Friday 2nd Aug. – I went to tea at St Declan’s, & Mrs Coade & her daughter Dorry were there. Dorry is about 5 foot 10, at 17, and will look much better when she has longer skirts & her hair up. They used to know Blanche Hanna very well at Tráig Liat. Mrs C. told us about the horoscopes she got some Mrs Taylor in England to do for her & her daughters; she seems to have great faith in Mrs T. Dorry played somethings on the piano and Nancy [superscript: & Dorothea] sang Pulaski’s Banner (which Mrs Coade recognised & admired greatly) etc, and Mrs C. gave a most beautiful imitation of an English Y.M.C.A. start she once heard lecturing on Y.W.C.A. experiences in Africa through a veil which she had to be constantly

spitting out of her mouth, with English voice smile & manner all complete. She is a wonderful actress.

Saturday 3rd Aug. – I went to the hotel a.d. to bring Mrs & Miss Pearse up to have tea with us. They had just come from Dún Garbáin & whe were out for a walk when I arrived, but for all that they made nothing of walking up here. Miss P. was better dressed than I ever saw her, in a grey coat-frock. They sat out in the garden with Mamma while I got the tea, & Mrs Kinsella said how like Miss R was to P.H.P. Mrs Pearse took notice of the images in Mamma’s room & the parlour, & said “Willie” would have been interested in them. She also expressed horror of the photo of Pearse that I have on my little bookcase. Miss Cutler came in after tea very anxious to see them, having gone to the hotel after them & been sent out here. I lent her The Crock of Gold, I forget why.

In course of time I took the Pearses down to visit the carstand Powers & found them with Rebel in the drawingroom. They gave us supper later on, & it appears that Miss P. gives the boys bread fried in lard for breakfast every day but Friday, & then she gives them home made bread instead, on account of the lard. Some priests say it doesn’t matter, but she thinks it would make the boys careless to let them eat fried bread on Friday, & E. and J. agreed with her enthusiastically. Miss P. thinks Waterford in some respects like Belgian towns she has seen. Mrs P. got on very well with Mr Power, & nearly flirted with him.

Sunday 4th Aug. – T. & D. and Nancy came to dinner. Tom demanded Callaghan to read, & read it right before Nancy, which I objected to, especially as it was the proposal scene & he & D. discussed & criticised it openly. I don’t suppose she took much notice

but I don’t like it anyhow. They were talking about Maud’s letters & her dreadful gushing style – writing to people on her honeymoon to say that she is “celestially happy!” – other samples too, but I forgot them. I would like to see a letter of hers. Nancy went to tea at the Brabazons & came back when they went to church, & we had some singing.