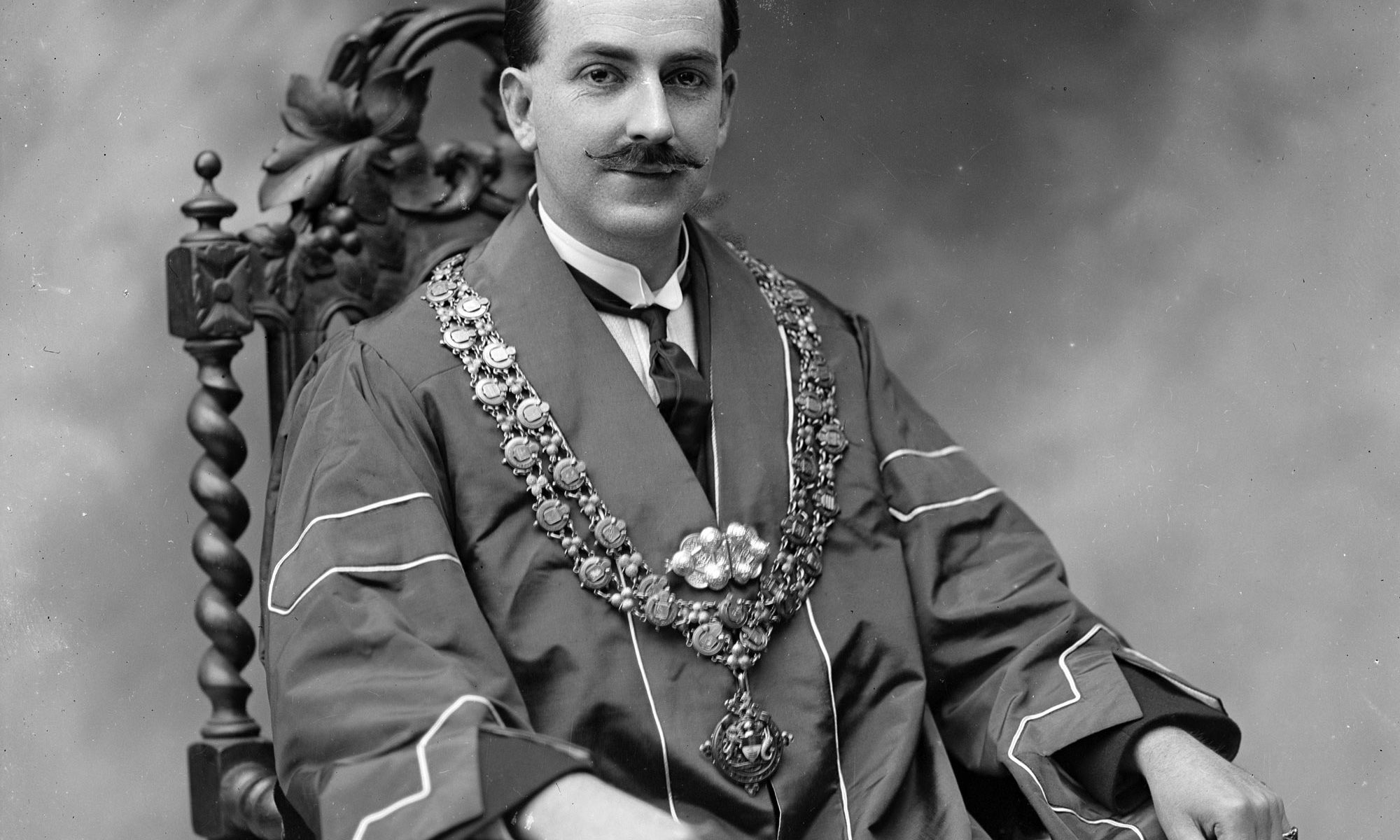 Monday 23rd Feb. – Fine bright day. I went to the Tech, & saw Dr White come out of the Town Hall after his installation as mayor, amid great enthusiasm. He certainly is the handsomest mayor I remember. Took Louis out in the afternoon. He can walk along pretty well now. Dorothea went to hear J. J. Hearne lecture on self culture & the new citizenship at the Town hall (there was a

Tuesday 24th. – I went to the Young Friends evening at the school, & 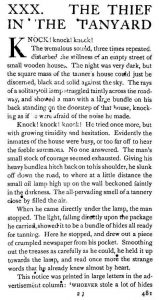 Dorothea came in the middle of tea, after putting Louis to bed. They had names-on-backs going on all through tea, & I made a record with guessing 6, and Fred Chapman was there, as nice & as nice-looking as ever, really a pleasure to talk to. Miss Jesper put the name “Trixie” (Mettrick’s nick-name) on Mr Hambrey’s back for him to guess, it doesn’t look as if she leads a very ascetic life in Mettrick’s absence. She has got much prettier than she used to be. The evening was a sort of concert in the lecture room, with bits of acting – The Thief in the Tanyard, where Ernest Pitt, the thief, was reformed by kindness by Joseph Hill & his wife Millicent, who represented saintly Quakers. Millicent looked

lovely in a grey dress & white shawl & cap, & Joseph acted surprisingly well – E.P. acted well too, but that did not surprise me. It was fine to see him put his head down on the table & sob, overwhelmed by their kindness, while Millicent offered him a cup of tea. There was a made up scene between a young edition of Handy Andy & a woman who was engaging him as page – parlourmaid, which was very good, especially the boy, & the scene out of Nicholas Nickleby, where the lunatic in the next garden (Fred Chapman) courts Mrs N., (Miss Garnett), which was great. Kate N. was Rosie Chapman. Fred wd have been perfect if he had not been obviously reading his part out of a book, and Miss G. was perfect, dress & all & looked quite pretty. There was the packing scene from Three Men in a Boat too by Lionel Beale, Bernard, & Malcolm Grubb, but it wasn’t much. Elsa Clarke

played the piano, Dorothea said, like an artist & much better than Miss Jesper, & there was a good deal of other music by school kids & Miss Garnett.

Wednesday 25th. – Aunt H.’s birthday. I gave her Bulmer Hobson’s little book of letters of Wolfe Tone & Mrs Tone etc – some very valuable things in it that I have seen nowhere else. I finished the amethyst pendant for Ruby Brews, the first thing I have done with flowers or leaves on it, & they are very hard. Tom went to Áth Cliat on a free pass from the D.S.E.R. by the afternoon train.

Thursday 26th. – I took Louis to the hotel in the afternoon, & after the first shock he was quite good, walking about the room & playing with things. He was what you might call toddling at this time, but when he sat down to look at something on the floor he could not stand up

again without something to hold by. Mrs Power admired him, & rebuked Tash and me for saying he was lovely without adding God bless him. She told me most of the shootings of policemen are done by robber-gangs of demobilised soldiers, or by policemen with personal grudges. They had a horrid experience there a few days before; a baby dying there from exposure on a journey & subsequent want of care. Louis got quite friendly with Marie, chasing her round the table. I’m sure she would be splendid at minding small children.

Saturday 28th Feb. – A servant came at last, May Butler that we had at Suirview, and seemed to take hold very well. I took Louis to visit at Suirview in the afternoon. He is always gracious to Uncle E. its wonderful, the strength of his preference for men. He walked better every day.