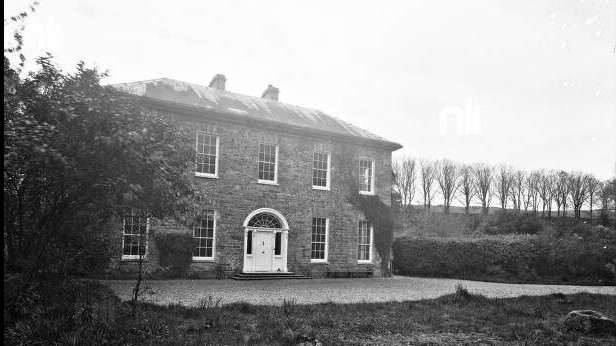 I went to the S. F. committee in the evening, and they went over all the branch resolutions in the Convention agenda & instructed us to vote for or against each, or as we liked. There was only one that we were told to vote against; adherence to the policy as expounded by A. G. Séan Matthews was very determined against that, thinking it repudiated the use of arms altogether”.

came in the evening to stay a week or two. She is rather badly, and not able for housekeeping in her lodgings.

Tuesday 16th. – A lovely soft pretty morning. I went over to Belmont to borrow their book on Richard III, and it was a perfect day for walking till I came back, when it turned cold.  Bessie gave me lunch and talked to me about a letter she was expecting from A. H., and told me of a blouse she had just bought for 14/-, & when I said she was always buying clothes she said “Ah, Rose, sure I’m courting now!” Gladys and S. O. were playing in the yard. I went to the class at the Gaelic League in the evening; there were a lot there, & after suggesting Ioragá [sp.?]

& reading a bit of it to us & asking questions on it, J. Connolly decided on Seadna with the concurrence of all the class except me. Miss Deasy was there, & she has improved greatly.

Wednesday 19th Oct. – I went to the Technical School in the morning, to start the copperwork. Mr. Shea put me to draw a little freehand pattern & trace it onto copper with that purple-black paper that leaves a mark, & draw it on the copper then with a sharp little instrument. Then he “annealed” it in a gas flame downstairs and stuck it on pitch on a little board and showed me how to decipher the lines of the drawing with a little “tracer” & a hammer. It was very hard.

to get the tracer to go right, and it is dreadful to draw lines that can never be rubbed out, but it was not at all harder than I expected, and Shea is very nice. It lasted from 10.30 to 1.30, which is too long. An Two hours should be enough. I went to Jennings a.d. and then visited the carstand Powers, who told me they thought I wd be sent to the Convention after all. They had Count Plunket lunching with them a day or two before.

Thursday 18th. – Another F. L. S. committee. They seem to have a good lot of evenings settled. Mamma & I visited Mrs. Murray a.d.; she had a sort of at-home in the drawingroom, with a woman I don’t

know & Mrs & Mr Stamford. She gave us afternoon tea, and Mr Murray was there part of the time. Heraclius was downstairs, wanting to come up. Both the Stamfords have very pleasant faces, but he looks just like a Catholic priest.

Friday 19th. – I went to the Tech again and did some more work on the little ornament, & watched Mr. Shea work on it. He has enamel in little chunks like bits of thick glass, in little paper packets. Mamma & I dined at St. Declan’s. Reginald is getting lovely but he has not good habits. A gardening man came and spent the day working, and among other things, rooted up the oaktree. It was getting so big it shaded the whole end of the garden & nothing cd do much good near it, & it

would have got worse and worse.

Sunday 21 Oct. – My delegate’s card came, and a book with all the agenda of the Convention in it. T. & D. came to dinner. I went to the S. F. committee in the evening, and they went over all the branch resolutions in the Convention agenda & instructed us to vote for or against each, or as we liked. There was only one that we were told to vote against; adherence to the policy as expounded by A. G. Séan Matthews was very determined against that, thinking it repudiated the use of arms altogether. At least they put in the word “originally”, & said if it was the policy as originally expounded by A. G., we shd vote against it. It was after ten when I got home, & D. & T. were gone.