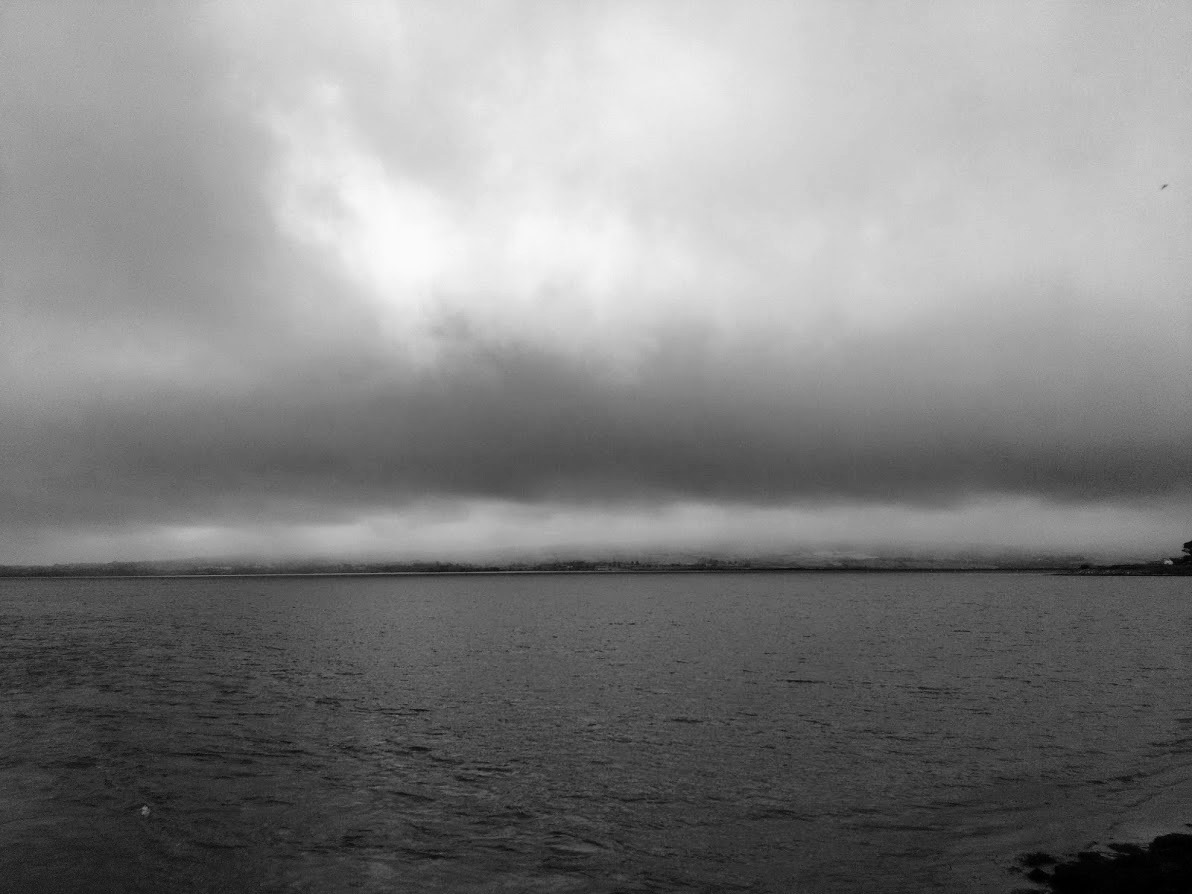 “There was a very good procession after I got home, in honour of the Cavan victory, men & women & boys & banners, marching very well, & torch lights, and when I was going to Miss Timmons at 10.30, there was speechmaking going on at the top of the hill. I went up to it & met Miss Timmons on the way, with Dr White’s two sisters, Bessie & Rose, very good-looking dark girls, with a black dog.”

Tuesday 18th. – Pouring wet morning, so Tom went in to town. It partly cleared up later, & the waves were so fine that I bathed but it was still very cold. In the afternoon we all started to visit Midvale, but it rained so that we had to shelter in Shalloe’s, & Mamma turned back. D. & I went on, & Jessie entertained us in the kitchen & gave us tea & bread & honey. She said Edith Jacob is going to call her daughter Anna Edith Andy! I’m glad to say Jessie didn’t like it, & we thought it absurd, I partly because I’m so fond of the name Andy. Jessie was talking about a book called The Will to Personality which she wanted to lend us, she did lend

it to me afterwards & I couldn’t read it at all, it seemed the sort of partly pious look that is written for sentimental people who wouldn’t read it if it used scientific words & pain unemotional language. She lent us some reading books. Fanny was there all the time, rather friendly, & none of the children. 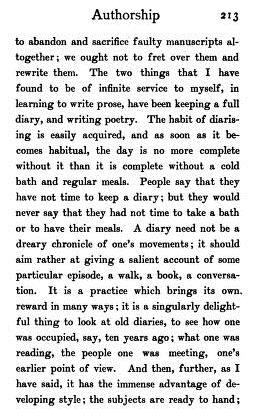 Wednesday 19th. – I went in to town in the morning & burnishing my rings at the Tech, & arranged the jewellery in a glass case with a black cloth behind. Everyone was arranging their things for the exhibition next day. I visited Aunt H. & got back late for dinner & very tired of that road. We read the College Window most evenings; there was one very good piece crying out for people to reveal their inner lives & feelings in books & diaries etc instead of writing the stuff they do, & saying how

interesting such would be even from those who seem quite dull & ordinary.

Thursday 20th June. – Fine day but still rather cold. I cycled in to town a.d. to the exhibition & found it very interesting, Miss Courtney’s Pearse & Fr Damien & F. Thompson looked very well, which is more than could be said for Miss Whitty’s Redmond, but there were three rather good local watercolours but Miss W. The food & clothes room had beautiful things in both departments, with Mrs Murray presiding over it. Miss Brown was giving a cookery demonstration, part of which I attended, along with Etta Beale. Someone introduced me to Mrs O’Shaughnessy before that, & she asked about the jewellery making, & said she wanted to learn it. Tom & Dorothea came in shortly before I went. I visited Aunt H. & got home a little late

for tea. T. & D. came out by train. M. & I went out along the strand this evening, & found myriads of big stones with long pieces of wavy edged sash seaweed attached to them, apparently torn out of the bottom of the sea by the slight storm on Tuesday. Maybe it was Wednesday evening we found them.

Friday 21st. – I went to visit Jessie in the afternoon, to return her books, & had tea with her & Uncle Charlie. Then after oc Mabel came to tea at her own house, and stayed till nine or so. She had been lending me a book or two, I had visited her more than once but I forgot which days. Tom went to the train for a paper to find out the Cavan result, & shortly after, when Mabel & I were going home, there was a demonstration going on at the top of the station hill, & she asked me what it was.

(244)
I went in to the Hills at Easton then, to ask if I might keep a Protestant magazine Mr H. had sent me with an article about St Patrick which it wd much better befit me to send him. The first thing they said to me was had I seen Herbert Pims recantation, & that I ought to follow his example. Sarah White was spending the night with them. There was a very good procession after I got home, in honour of the Cavan victory, men & women & boys & banners, marching very well, & torch lights, and when I was going to Miss Timmons at 10.30, there was speechmaking going on at the top of the hill. I went up to it & met Miss Timmons on the way, with Dr White’s two sisters, Bessie & Rose, very good-looking dark girls, with a black dog. Miss T. introduced me to them, & they remarked that

Vincy wasn’t home from Cavan yet. Miss Timmons spoke of him as “poor Vincy” another time, and I will never be able to think of him by any other name.

Saturday 22nd. – A very fine warm day, but windy in the afternoon D. & T. went out early but Mamma & I had to stay in because Sarah White was coming to pay a visit. She brought her sister Lucy Grubb with her, & they stayed a good while & talked about Isabel White & Alfred Grubb. Mamma & Dorothea went in to town by the 3 train & T. & I cycled in by the old road against a strong wind, & had rather a bad time of it.

Sunday 23rd June. – Fine warm day. T. & I came to dinner & we spent the afternoon in the garden, & I finished the toilet cover I was doing for Nancy. I went to the club in the evening. Poor Whittle was intending to go to

Corcaig[h] next day, to get advice from Alderman Meade about election tricks & dodges re the register which the Redmonites, being old electioneers, are much cuter at than we, besides having the town clerk on their side. Connolly brought up the submerged idea of the reading room; & we decided to start it again when the work on the register is over. May New was very sceptical about the possibility of doing so, because people were so slack before & wdn’t come to library committees, & her manner & matter irritated Whittle to the point of telling her that few came to the general committees seldomer than herself, & that made her very cross with him.