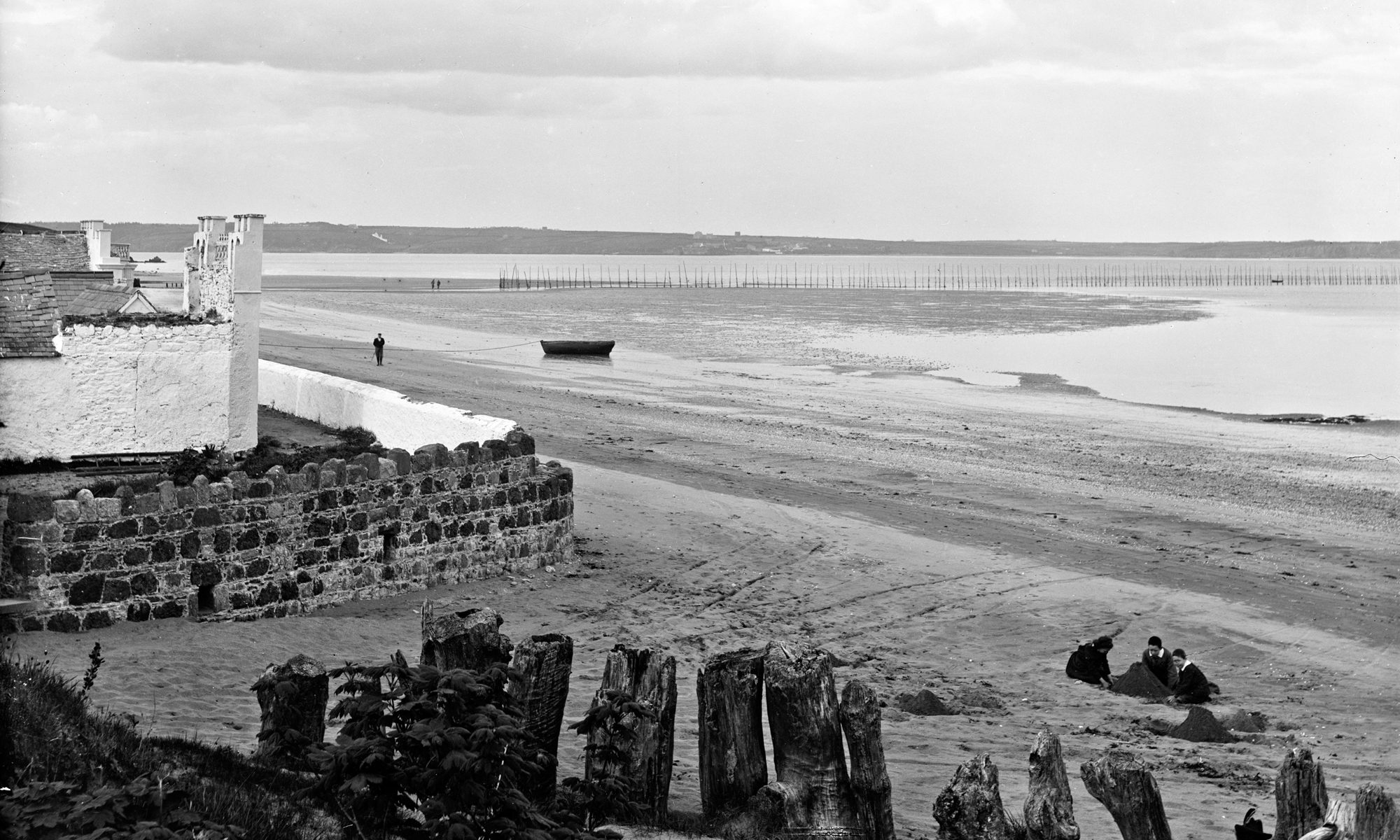 “I went to the club committee, & Charles Kenny’s affidavit about the treatment of the prisoners in Belfast jail was read aloud – an appalling document.”

Tuesday 23rd July. – [Short hand text here] We had Ita Margaret & Ita all the afternoon, partly in the garden, & were much bothered how to make keep Ita from ordering Margaret about, because Margaret will not allow herself to be protected against it. I went down to Kilbarry a.t. with the girl scouts, trying to find a path from one road to another, but could there wasn’t one. I visited

the carstand Powers on the way & they begged me not to let Mrs Pearse go without meeting them when she comes to town, & told me that Houlihan the Volunteer that was here at the election is in the head of the canteen department at the Curragh camp.

Wednesday 24th. – I went up to Holmacre in the morning to help Annie take Miss Horn out in the bath chair, & we went out to Powers’ Nursery and sat in a lane there & talked about novels & aversions in them. Annie had never read Valerie Upton. It poured rain on us coming back. I went to St Declan’s in the afternoon and saw Blanche Hanna who was staying there – a fine tall rather handsome girl with dark hair & a f nice pale skin & a rather attractive innocent way of speaking & looking sometimes. I told them all about our troubles with Margaret & Ita & they seemed to think we were rather superfluous to try to prevent Ita domineering

over her – seemed to think that Margaret gave in to it so foolishly why should we bother. This was mostly Nancy’s view.

Thursday 25th. – Fine hot day. I went to town b.d. & got Machiavelli’s history of Florence for Annie & Charlotte & me to read aloud. Doreen arrived from Cork in the middle of the day & dined with us before going to the Newtown swimming sports. We were rather pleased with ourselves for having mushrooms for dinner, & she wouldn’t eat them. She looked rather nice, and told us that Joe is engaged to one of these women at the Lough that they are always visiting, but they can’t marry till after the war. She told us about the ridiculous subjects for essays that one mistress at Mtmellick used to give – which wd you rather be disabled by the war or make money by it? etc. Doreen used get low marks because she did not take the obvious proper view

in her essays on such subjects. We went up to Newtown in the afternoon, & saw how much swimming & diving can be done in from 3 to 1 feet of water. It was terrible – black as well as shallow, as they couldn’t have a change of coater for the sports, & the boys did wonderfully well with it. I thought they wd surely kill themselves when they dived. Charlie won one race, or heat of a race; he looks well in the water. Tea was in the playroom as it was a showery day. Dorothea & Tom & Nancy & Blanche Hanna were all there, & the 2 latter were greatly shocked at the cruel custom of class places. Clarke did it in a nastier way than usual too. Robert Edward Jacob was there in a white frock, with his parents, more interested in making friends with Spot & Buffy than in anything else, like a sensible child. Mettrick spoke to me about Brigadier Gen. Desmond

O’Callaghan’s complaints of my history quotations at the Carrick feis, as reported in the Waterford News. O’Callaghan saw them reproduced in the Clonmel Chronicle.

Saturday 27th. – We had the Callender children all the afternoon.

Sunday 28th. – Very fine warm day. T. & I cycled to Woodstown in the morning & the country looked just as lovely as on Friday week. I was trying to read Charlie Murphy’s thesis on the Inductive Method in Logic at this time, & finding it very hard. J. had read it previously, & wrote him a letter about it, arguing [superscript: against] some of his conclusions, but had no reply so far. We went & sat in the sandhills at north of the cottage and J bathed & I paddled. We also read a little of the same book of Ruskin

that we had on the 31st May, but we hadn’t long, as we had to be home to dinner. It’s a shame not to make out some way of staying at Woodstown all this time. They all came to tea, & Blanche Hanna talked about “Wessley” college where she teaches, & Mrs Norman, who she says bosses everyone there. Nancy had on her navy serge [superscript: sleeveless] jumper with a white blouse, which is very pretty, & Blanche had a very imposing black gown with dull gold embroidery, which became her very well. I went to the club committee, & Charles Kenny’s affidavit about the treatment of the prisoners in Belfast jail was read aloud – an appalling document.