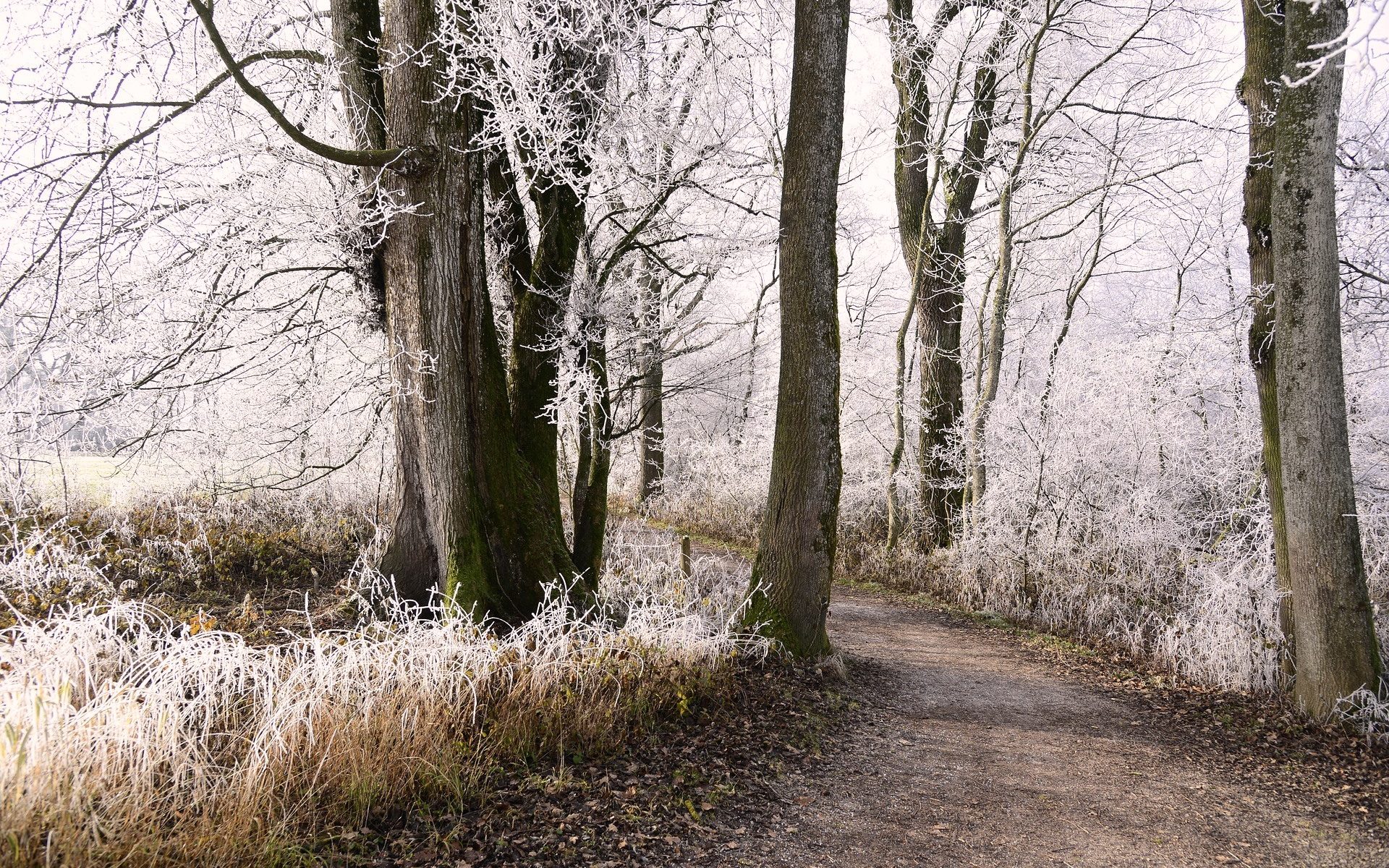 “Tash has her hair up & looks very handsome with it. They talked about men & love, & the ridiculous flirting at Rinn, girls falling in violent temporary love with me etc. Kitty used to lecture them on the folly of it, & how they wd regret it when they met the man they really wanted to marry, & they wd say it was quite true but they couldn’t help it. K. seems totally insensible to masculine charms, & doubts the existence of real love. She asked me wd I think a girl to blame for not caring about a good man who wanted to marry her; I wonder who he is.” 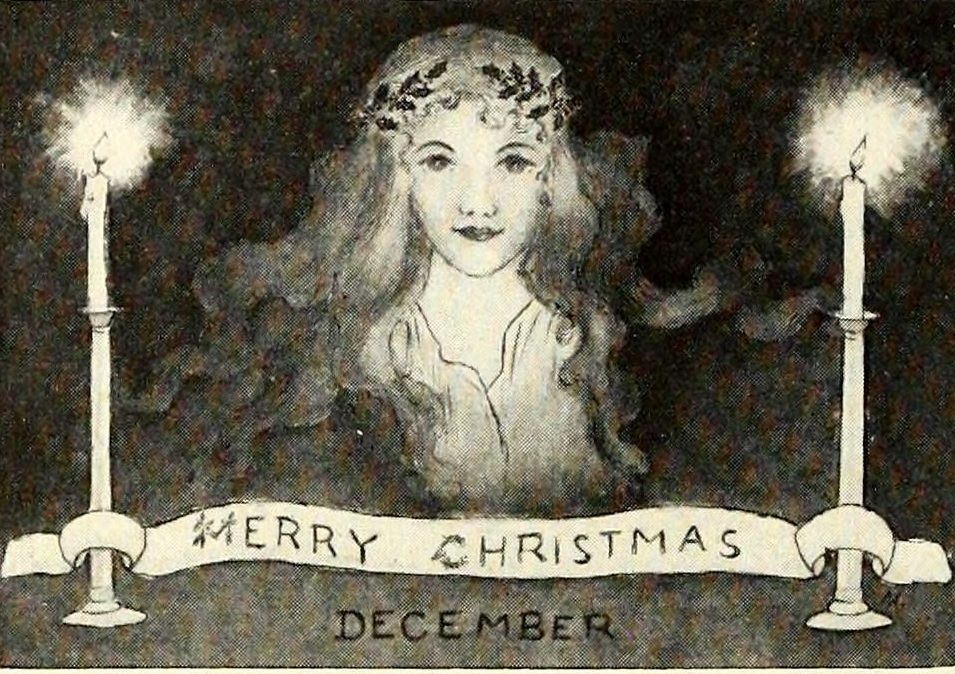 Monday 23rd Dec. – I went to town early & did 3 hours of Christmas shopping. I settled D. with [superscript: a Home University] history of the English Language & Aunt H. with 2 little vases of a [superscript: performing bear at Robertson Sedlie’s] glass jug, and got a couple of Bulletins and a lot of cards and crackers for the Webb children & soap in a little box for Kate; & a little silk flower for Tash, and had great luck at White’s, meeting a man who promised me jam and raisins as well as the extra sugar they refused me last week. I also took visited Julia Ayres’s things to her & delivered M’ Burns’s parcel & the little nightgown Aunt H. have me for Mrs Wynberry’s baby. In the afternoon I went to the hotel and had tea with Kitty & Tash. Mrs P. was still bad with rheumatic fever, hardly able to move yet. Tash said all the strange Volunteers that were ^ here at the election fell in love with Kitty, and K. sneered at the idea.

Their commandant used to sneer at scold K. because the men stopped talking to her instead of running to their duties. I don’t see why some of them couldn’t have fell in love with Marie or Tash too. Tash has her hair up & looks very handsome with it. They talked about men & love, & the ridiculous flirting at Rinn, girls falling in violent temporary love with me etc. Kitty used to lecture them on the folly of it, & how they wd regret it when they met the man they really wanted to marry, & they wd say it was quite true but they couldn’t help it. K. seems totally insensible to masculine charms, & doubts the existence of real love. She asked me wd I think a girl to blame for not caring about a good man who wanted to marry her; I wonder who he is. Its just the sort of crime she wd let her conscience torment her about. Her summing up of the whole subject of love & matrimony was “Well its very depressing altogether – that is, if you take it seriously.” I gave her & Tash pendants separately, & they approved them. Dr Kennedy came in

as I was going out; he wants to see all the Irish party laid out on shovels in a row as thrown out rubbish. I went into the club, & after a while Whittle came in and I showed him the letter from headquarters & he said there couldn’t be a meeting till next week.

Tuesday 24th Dec, Christmas Eve. – Fine cold day, a little frost in the night. I took some things out to Rose Butler, including books for the little Donovans, & found her fairly well. Mrs Broomhead took her in her motor to vote at Ballygunner, without bothering as to how she would vote, which was very good of her. Sporty looked very well & pretty. I had to go some way to town a.d. for one or two errands. & tried to get green grapes but they were 3/- a lb. Then I got ivy & laurel at Suirview, and Eileen came to tea. Hilda & George & the baby had arrived, & she was very entertaining about them. It’s a great relief to her to have H. to be responsible [Superscript: I went down to pay Mrs Kelly’s & Mrs R’s bill] for George. She likes the baby, whose name is Olive, & asked me over to see them all on Friday. It must be a delight to her to have

them, though George apparently is very mischievous. I went to the hotel later on, to go to midnight mass with Kitty and Tash. Mrs Power was much better, and Marie was still up, but not going to mass. She is the Cinderella of the establishment. They took me into the sanctuary, close to the altar, which was shilling seats, which I thought shocking. There was fine organ music, and a man sang Nazareth, but unequally and with effort; nothing compared with Tony. The treble voices singing Adeste Fideles were much better.

The cathedral was crowded, and I had a very close view of the priests and their doings, which were as curious as ever, especially the little rests they took frequently, while the altar boys reclined on the steps. The priests ought to have their black petticoats made as long as their lace ones. When they began preparing for communion at 12.40, I came home.

Wednesday, Christmas Day. – A very fine bright cold morning, with a slight frost. I found that parcel Tash had given me the previous night was a red silk apple pincushion, very engaging. Aunt Maggie sent me a long bead necklace, which I think she made herself, and Nancy sent me her photo, which is fairly good but not quite right. I had a letter from Bessie Hill in which she said she was expecting

“a little Muriel May or John Willie” in about 3 weeks – I hope she will give it no such names. Mamma was getting the picture D. gave me last year re-glassed for me, but it hadn’t come yet. We cooked, & Mamma went in to Suirview, & while she was there Upton turned up – no apologies, & a lot of hints about all “he did in the election & the difficulty he had in not being chosen as candidate for South Cille Chainnigh. He had a photograph of Eileen Shelley, the eldest daughter of the family where he stayed in Callan; a pretty girl but her eyes half shut. She’s only 19. What do these girls encourage him for – what is his attraction? Is it Do they believe all he says or is it the sex in him that Dorothea talks of? Aunt H. came back with Mamma, and Upton stayed till D. and T. came, promised to go to visit them tomorrow, & left on the approach of dinner. D. and T. brought a lot of books; D gave me Dánta piarais Feiritéir , and T. Valerie Upton, and

Ben sent me a book by Lowes Dickinson on international relations & the war, called the European Anarchy, & Sean O’Flaoinn had send “Dark Days” by Lennox Robinson for me along with a little book of Stephen’s poems for Tom, so they brought it down too, & I read it during dinner. The stories or sketches are very good, but the thing is almost too small to publish. Ben gave Tom a book by Romain Rolland and I think it was he that gave Dorothea Young’s Night Thoughts profusely illustrated by Blake.

I gave her chocolates & the history of the English Language, & Tom the poplin tie, which he admired, and Mill’s Three Essays on Religion. Aunt H. gave me Fintan Lalor‘s writings & a lot of sweets. Mamma gave Tom & D. a blanket. It was a very fine afternoon, & T. and I went out to Goff’s which was looking lovely. He & D. had been up Grange hill in the morning. After tea we played casins, & then Aunt H. came in & they played bridge

while I wrote to Mr Waring to thank him for a little delivery toilet tray he had send me. He sent Mamma a calendar. Charlotte visited us in the afternoon, & brought me a calendar, and told stories about Mettrick, one was that he explained to her that he leaves St Declan’s with her on Saturday nights in order that there may be only one shutting of the gate necessary. Annie gave me a calendar too, a very pretty one of a wood full of bluebells.

Thursday, St Stephen’s Day. – Wet miserable day. No post, except a letter of thanks to Mamma from Marguerite – I wonder why they always make her do the writing – or if not her, Dorothy. I think one of the boys might take a turn at it. I laboured at my infernal essay, & Mamma & I went to dinner at St Declan’s in a pause of the rain. D. had a very nice photo of Tash, and a lovely cross-looking black kitten on a calendar from Bob, and a slightly different photo of Nancy, and a lovely little frock for the baby from Lily Stephens &

Mrs Day. Daisy is an exquisite kitten. We sat in the drawingroom after dinner and Tom D. showed us the pictures in Blake’s book which, are most extraordinary, and Tom played the piano. Aunt H. and Uncle E. came to tea, and Uncle E ate spoonfuls of marmite and butter – not in a spoon but in that sort of quality – and drank cream in a spoon & didn’t say a word all tea time. They had big raw apples, which seem to me a very tiresome kind of food, but lots of other things as well. Uncle E. and Aunt H. went home at 8, and the rest of us soon after. The Wran children were very bad all morning, but stopped about dinner time.

Friday 27 Dec. – I finished the essay and posted it. Mamma had copied it all out, because the Harcourt St will not return any of the essays.  I got cards from Miss Hoyne & Emily & Sheila Webb, and a little Golden Moments with Davis from Madeline, just when I had got rid of

her G. M. with Pearse by sending it to Lasairfhiona.

Saturday 28th – Damp cold day. Tom came in in the

I went to visit Eileen & Hilda in the afternoon, & found H.’s baby was lovely; she is 7 months old, with darkish hair & eyebrows & beautiful eye-lashes and a very pretty face altogether, and is quite friendly & agreeable. She spends most of her time sticking her feet straight up & trying to pull her boots off, & Uncle Harry fears her legs will grow up instead of straight alone. George is a tiresome kid enough, & nothing to look at. We sat by the fire & Hilda tried to work George’s engine for him, but as he had thrown away the wick the day before, it wouldn’t work. Darkey was there, very gorgeous except his tail. Hilda looks well and pretty. Eileen is cracked about the baby, whose name is Olive.

Saturday 28th. – Damp cold day. Tom came in in the afternoon to tell us the figures of the Waterford

election. It was the more maddening as Aunt H. had always been so sighingly certain of White’s defeat.

Sunday 29 Dec. – Fine cold day. D. and T. came to dinner and D. was not feeling well, so they telephoned to Dr Mary who was at Carriganore & she came in in the afternoon. Tom came to tea after he & D. had gone home & Mrs Phelan the nurse had come. I went over about 9.30 to see what the doctor had said, & found she seemed to think the baby was coming. Mrs Phelan seemed very pleasant and kind.