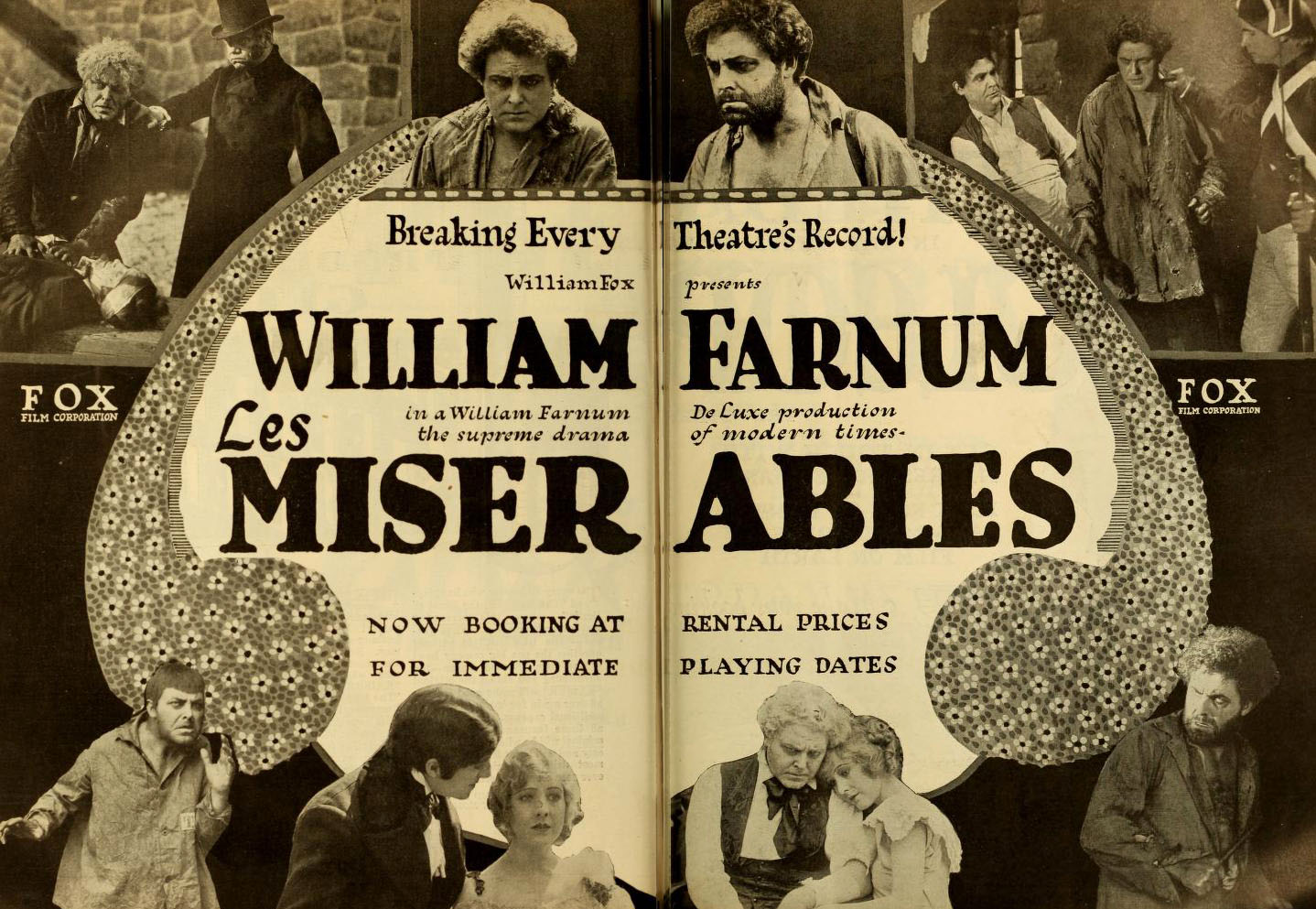 “Miss Bowman’s haunted house was at Braybrooke, near Market Harborough, north heights. It was belonging to the Board School, & every schoolmistress lived in it rent free. The first noises were like slates & books thrown against wall & falling in pieces on table, then people were heard walking about especially in kitchen – in broad daylight, in the room where she sat. Others heard it with her.”

Monday 8th. – Another very fine day. I went out somewhere in the morning, and in the afternoon, with much difficulty, took Tony for a ride to Carraig Corra to look for blackberries. The difficulty was owing to Tom’s bicycle, which gave way in one place after another till its ingenuity was exhausted. First it punctured

and Tony mended it, so we started late, then the brakes came off on John’s hill, and when he had got them fixed again, the high gear gave way. We had a fierce wind against us all the way, otherwise it was a lovely sunny afternoon. There wasn’t one blackberry to be found in the field surrounding Carraig Chorra, so we went up the rock for a moment to look at the view, and were nearly blown off it, and Tony undertook to find his way to the fairies’ hole, and succeeded. We sat in it a good while, resting from the beastly wind, and discussing wonderful escapes, and then went back to the road and Tony mended another puncture that had appeared in his bicycle, while I picked blackberries in the hedge. We stopped on the way home for more, but they were not plentiful anywhere. Like everyone else, Tony goes by me like a flash on the downhills. It can’t be always weight, for many women are lighter than I am. We got home, very hot, about seven, and had tea mostly by ourselves, talking about fairies and the next life, Dorothea and Tom having finished. Tony is as found of Hayden as ever, but we got some music that evening – On Wings of

Song, & In Happy Moments, & a bit of the Soldier’s Song which was splendid, & I think Here’s a health unto his Majesty, & the Queen of Connemara, which is not a patch on the Tide top, and The Sentinel. Its very funny his habit of taking off his coat to sing. D. was tired and did not sing. Tony & I had a lot of historical gossip on & off that evening – he has been reading about Charles XII & is interested in him, & he told me things about King John’s political & military talents that were new to me. Tony was reading Mark Twain’s Joan of Arc these days, but he did nothing but criticise it.

Tuesday 9th Sept. – I had a long visit from J. W. Newbold, who used teach at Newtown & his now a Socialist writer & worker – Mr Walpole brought him thinking we’d like to see him, but it was the morning & D. was very busy. He stayed nearly an hour talking to me – partly about Liberty Hall, a little about Newtown &

Clark’s ill qualities – & then went down town, [Short-hand text here]. Louis Bennett, being in town on some labour business, paid a visit in the afternoon, & we had tea out in the garden, & she told D. a lot of horrors about the European famine. Louis was very good, sitting on the rug. It’s the prettiest thing in the world to see Tony minding him.

Wednesday 10th. – I went to the Tech & saw exquisite things that Mr Shea made at the jewelry course in Át Cliat. I found D.’s Cork friend Miss Reynolds at my bench, on my stool, making a copper brooch under Mr Shea’s tuition – she wants to learn enough to be able to design such things at the art school in Cork. I got well on with a jade ring for Miss Whelan. Miss Bennett, Miss Reynold’s & Katie Walpole all came in at 5 & stayed to tea, & we heard more horrors about the famine, also something from Miss R. about the unpleasantness of the American sailors in Cork, which pleased Tony. He is far better able to endure visitors than he was. Miss Bennett

[Transcriber’s note: Pencil writing is visible beneath the ink on the page but the writing is too faint to be fully legible on page 298 and 299]

is very nice, only that she’s always talking to D. about such uninteresting things. When they were gone we set out for the cinema, to see some cannibal pictures that had been condemned by the Vigilance committee in Luimneach, & Les Miserables which did not seem to me to promise much entertainment. There was a comic railway thing first, with motor classes, & men trying to blow up a safe & one getting imprisoned in it, that was well worth while, then came the cannibals, who had remarkable fashions in ears & noses but were otherwise dull, & then Les Miserables at enormous length. It was harrowing at first, then fairly interesting. The accosting scene was very bold. T & D. had to go home to Louis just as Cosette grew up, & it went on for ages after that, with the A.B.C. riots in Paris & the drain scenes. The fighting was very good. We didn’t get home till nearly 11, & then looked up the riots in Hayden & found them. D. & Tony were telling us about the violinist who played the marriage service on the fiddle.

Thursday 11th. – Fine hot morning. D. & I went to town & I brought a knitted jumper for 55/- – Irishmade anyhow. She was talking about her trouble with Chatteryer [?]. After dinner we went for a motor trip in the Tráit Mór direction – the country was heavenly from Cappaig Corra on – heather out & brown bracken & lovely rich colour & rocky hills. Tony had forgotten all about Ballyscanlan, well there was nothing special to keep it in his mind & he can’t be expected to remember every place. We stopped at Annestown & walked a bit round the rocks at the east side & sat on the cliffs above, & it got quite cool. It was looking nice at first till the cold came – the tide coming in. A lot of people were there. We went on towards Tráit Mór then, & Tom dropped Tony & me at the Metal Man & took D. to Midvale & then to the 6 train. We walked along the cliffs to Newtown Cove – Tony is very uncertain, sometimes all on for climbing o anything & sometimes only anxious to sit still. It got colder & colder,

and was quite chilly when we were sitting on the cliff over the boat cave waiting for Tom to return, & when we were subsequently eating cakes with him in practically the same place, but the sea looked lovely. It was rather a disappointing  afternoon, between the declension in the weather & Tony having no wish towards climbing anywhere – thank God he never shows any wish towards Midvale either. We got home cold & fairly hungry, & had a big early supper. A lot of reminiscences of Aunt Bessie’s ill treatment of kids & general folly, but Tony gives some of the blame to his father too, though he says he always respected him.

[Transcriber’s notes: Back page of the notebook contains a list and a short summary of Miss Bowman’s haunted house – numbered 301 here]

(Alphabet written on right hand side of the page)

“Miss Bowman’s haunted house was at Braybrooke, near Market Harborough, north heights. It was belonging to the Board School, & every schoolmistress lived in it rent free. The first noises were like slates & books thrown against wall & falling in pieces on table, then people were heard walking about especially in kitchen – in broad daylight, in the room where she sat. Others heard it with her. Cats jumping from tables to floor & crockery thrown about, books thrown in heaps on the floor. Heavy articles dragged about in empty rooms – nothing in it – on first floor, and heavy dropping of liquid heard on floor of 2nd floor room from attic above occasionally. Doors locked in house at night open next morning. Front door double locked by day & found open same day.”

Friday 12th Sept. – I went to the Tech and finished the jade ring, but the oxydising stuff is nearly useless. Dorothea, Tony, Louis & I went to town in the afternoon & did strands; coming back D. went to visit Miss Reynolds at the Y.W.C.A. Tony finished Joan of Arc & talked what seemed to me great nonsense about it. I wonder is it a bit of his old perversity left, or what is it. Mrs O’Shaughnessy & Louis Hayden & Aunt H. & Annie all came at 8 to spend the evening. Strange how D. & T. can’t find any male friends with a bit of spare time in the evening since Mettrick left – or any but him anyhow. Mrs O’S. & Louis Hayden played piano & violin duets that seemed to me lovely,

L.H. is a queer little dumpy creature with very short skirts & red hair bobbed & enormous aplomb & composure of manner. Dorothea sang something – I can’t remember what, and Tony sang Dark Rosaleen which was gorgeous, & the Tide Top, and the Lute Player, and Oh Star of Eve and Even bravest heart, and a long time after, just before they went at about 11.15, the old English love song. T. did some playing too. They had supper & more music after. Mrs O’S. is very nice & had a lovely black gown. It was refreshing to see Tony in a white collar after that beastly khaki one. We sat up a good bit after they went, & Louis got his bottle in the drawing-room.

Saturday 13 Sept. – Tony went to Cork by the morning train. I went to town & called at the hotel & did a

lot of packing, & went to Mointeac Milic by the 3.30 train. Nina met me, looking just the same as ever. They don’t keep the Irishtown house as tidy as Helen did. They were both cheerful and amusing that evening – talking about Plymouth Brethren, & the difference between Exclusives & others, & between breakers & non-breakers etc, but they spoke very severely of my appearance, Louis said I looked as if I lived habitually in a state of semi- starvation, & Nina said as bad. A Louis seemed to me nicer than he used to be. Nina played the piano a lot in the evening.

Sunday 14 Sept. – Nina took me to church and we spent a good part of the afternoon in the drawingroom, she playing & singing hymns & Louis & the dogs & I listening. Louis says

“Good man Nina!” when he likes a song. He asked numberless questions about people in Waterford. They told me May came to Móinteac Mílic for a weekend in 1916 to get a rest from Bobby & her parents, saying they were bothering her to take him, which she had no wish to do, preferring some other man. A while after she went back she wrote to Nina saying she did not know what N. wd think of her, but her feelings regarding dear Bobby had entirely changed, & they were engaged now. Its very interesting & like what I’d expect of Aunt Mary. Louis agreed with me that there’s too much Heather in May.