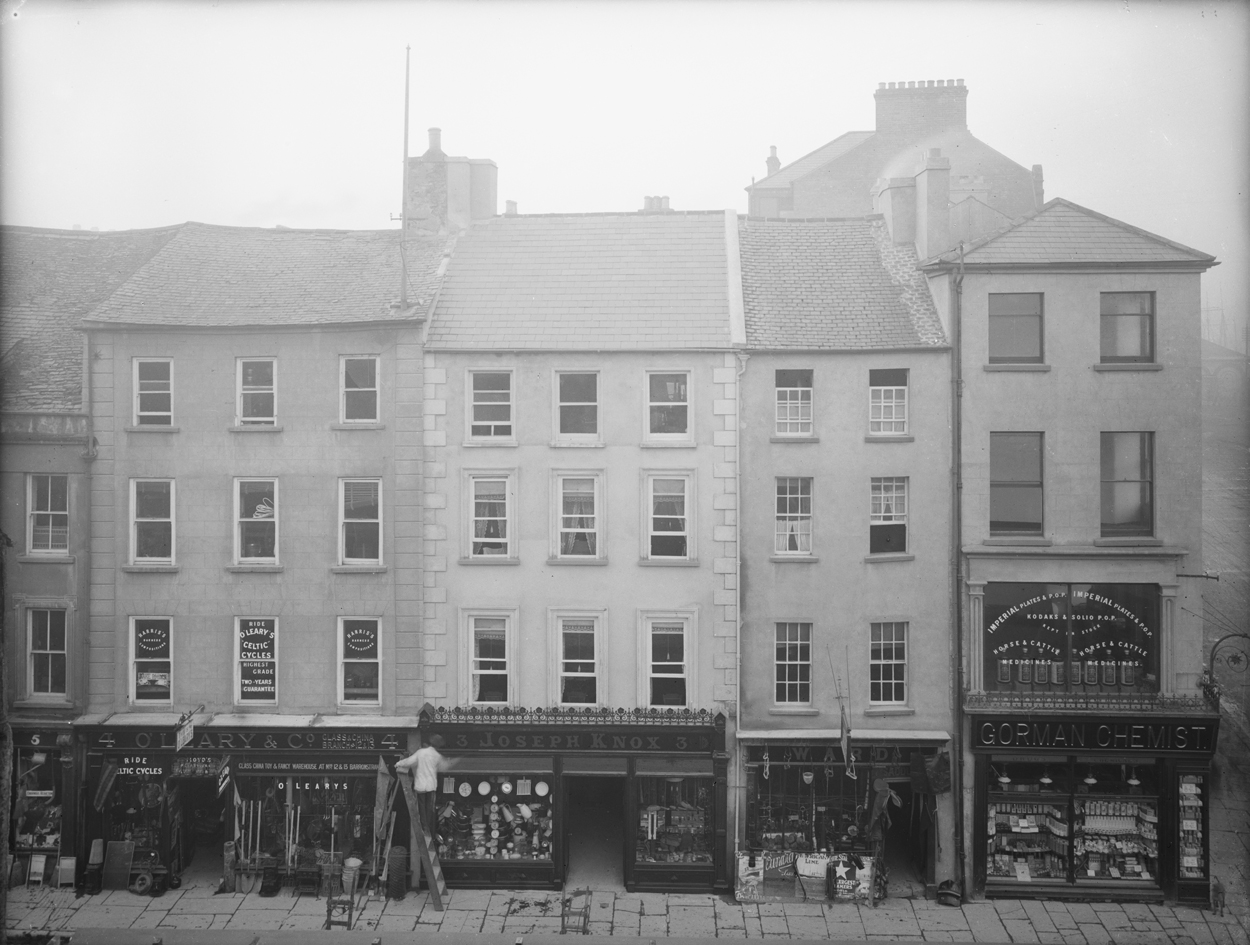 “I went over to St Declan’s after tea, as Seán was there, and he had most interesting conversation about how much worse managers & bishops are at squashing the language in national schools than the National Board, re the new education bill, which wd put the schools in the hands of committees instead of under the clergy alone, & which is being litterly [sic] opposed by them for that reason”

Sunday 1st Feb. – Tom & I took Louis out & could scarcely break our way through the crowds out the Dunmore road. I was complaining of people telling you (ápropos of “2 ella sees Herself”) to be yourself, & quite nature, & then your own sort of people will find you out & like you, saying what are you to do when you find your natural self grates on those whom you like & want to like you may you not try to make the grating parts more unobtrusive. He says that he & I are both lacking in some kind of intuition that other people have, which is partly why they complain of us keeping on at a thing & being like a bulldog etc. They see something that we can’t, & think we are wilfully [sic] blind. I believe it is true. 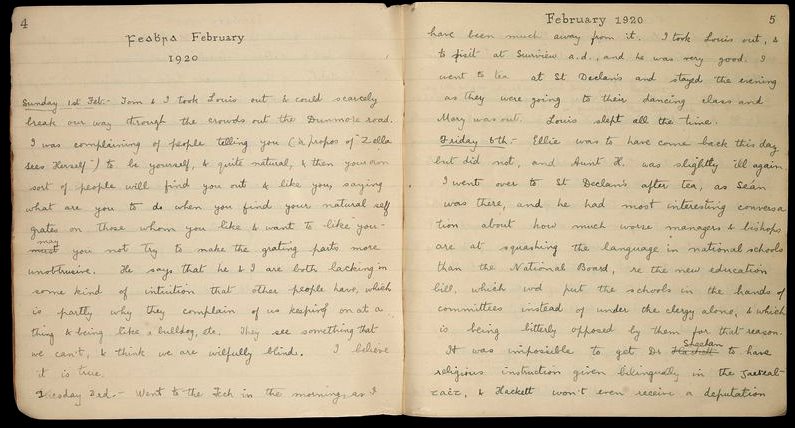 Tuesday 3rd. – Went to the Tech in the morning, as I

have been much away from it. I took Louis out, & to visit at Suirview a.d. and he was very good. I went to tea at St Declan’s and stayed the evening as they were going to their dancing class and Mary was out. Louis slept all the time.

Friday 5th. – Ellie was to have come back this day but did not, and Aunt H. was slightly ill again. I went over to St Declan’s after tea, as Seán was there, and he had most interesting conversation about how much worse managers & bishops are at squashing the language in national schools than the National Board, re the new education bill, which wd put the schools in the hands of committees instead of under the clergy alone, & which is being litterly [sic] opposed by them for that reason. It was impossible to get Dr Sheehan to have religious institution given bilingually in the Gaelteacht & Hackett won’t even receive a deputation

on the subject. He also describes the large amount of religious instruction the unfortunate teachers have to give without any extra pay for it.

Saturday 7th. – Dorothea Mary went home suddenly saying she was sick but not appearing so. A letter from Ellie saying she had a relapse and Anne had indigestion and gave dreadful accounts of the pains she had. I was in town in the morning, and bought the catechism used in National schools in Gill’s which was very interesting in many places, & teaches against what I’ve heard from some Catholics, that no one out of the church can be saved. It also inculcates great modesty in getting up & going to bed, and a great deal of thinking about death. “Entertain yourself with thoughts of death” etc. I went to visit the Bells a.d. by invitation, & found D. and Louis there. L. was very good & not a bit shy, playing with large bricks on the floor. He shook hands very willingly with Henry Bell and seemed to like him. They talked

about Ruth; as D says, they seem to regard her & Louis as contemporaries. Anne and Mrs Williams and H. B. were the company. I invited them to Suirview for the following Tuesday.

Sunday 8th.  – Tom and I took Louis out and went to a registry office on the Waterside & were offered girls in abundance. I was reading a very remarkable book by Stephen M’Kenna at this time, “The Sixth Sense” – very much about militant suffragettes in 1913, with a total lack of interest in whether they or the government was in the right, & with what seems to me a nearly total ignorance of them, & telling how they put back the suffrage cause for a generation (it was published in 1913) but with a very nice and unusual sort of hero, who has a kind of psychic power of feeling what happens & is going to happen to people he loves who are apart from him, & who is able to track the object of his affections

kidnapped by suffragettes) 30 miles along the road like a dog. She is a very ordinary type of haughty disagreeable heroine.