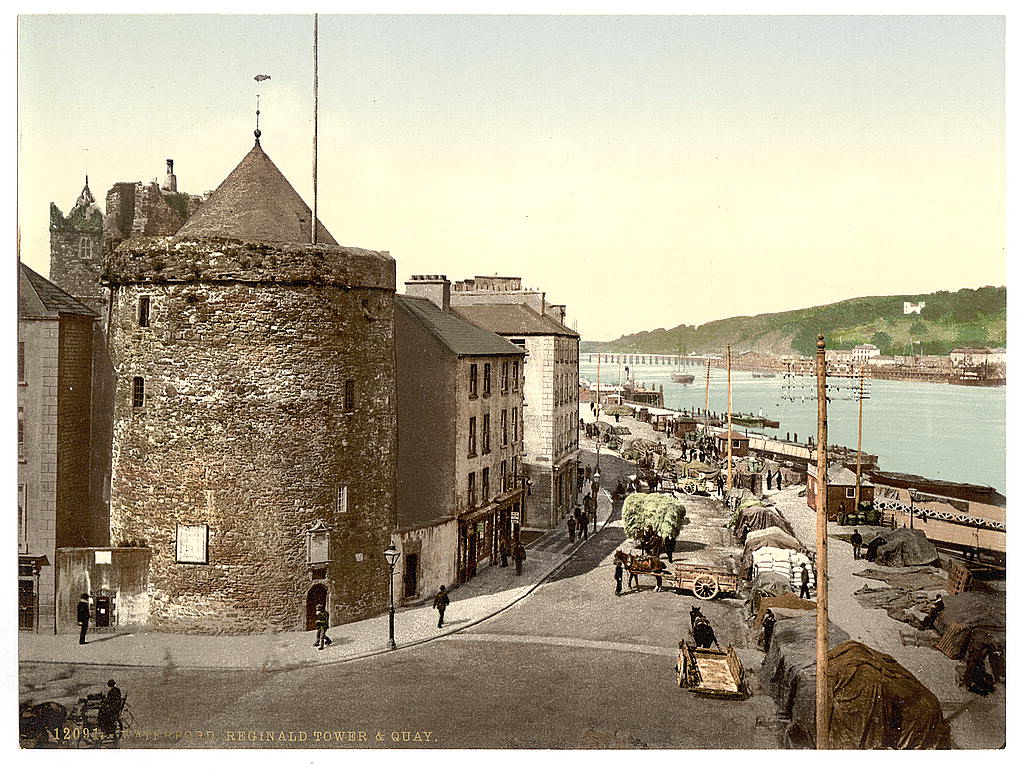 “She had a story of a man who was killed falling off a car coming home very late & drunk one night, in his own avenue & the man who told her this tale held that the man’s wife should have been tried for murder because she had gone to bed & to sleep instead of sitting up for him. He was not found till the morning. This was to illustrate the idea some men have of a wife’s duties.”

Monday 24th June, Midsummer Day. – I went to the tech in the morning & started a ring for myself, to put an opal in. Miss Courtney bought my crystal pendant at the exhibition & Mrs Dr

Ford bought my other copper brooch, & Miss C. so got orders for 9 casts of Pearse. One from Fr Dowley, road to P. brazil at the club a.d., he is home from America & seems to have a lot of free time to work there when wanted.[Superscript: Tuesday – Visited Mrs Coade, she said Annie had come back.]

Wednesday 26th. – I went to the tech & had bad luck with soldering, had to do it ever so many times before it wd flow. Then I went to meet Mamma at Dillon’s to choose some little present for Stephen & Maud, & we got a rather nice little glass jam jars. They are to be married on the 2nd July. I visited Holmacre a.d. finding Annie at home and we sat in the round garden a long time discussing her future. Caroline Collins had gone off to start a little shop with her sister Adelaide, so it looks as if Annie wd have to stay at Holmacre for good. I don’t think it fits for one person to be

left with Miss W. & Miss H., she says a young companion would be only a care to her, trying to arrange that she should get some society & relaxation, but that doesn’t prove that a cheerful middle-aged companion wouldn’t be a help. The garden was looking exquisite. I went to a I.N.G.S committee in the evening. They won’t have the room at the Forester’s; apparently they think its too dear, & the classes are to be held out of doors for the rest of the summer.

Thursday 27th. – I went to the hotel a.d. & found Mrs Power in bed, but well able to talk. K. Hicks was there; she & Marie were just going to the Mercy Convent fête which I had come to ask M. to go with me. We went & stayed there a long time, standing about & admiring needle work by seniors & illustrations of Macbeth by kids; the latter were very funny, but it’s a ridiculous play to set

children to study. There was very pretty drill done by armies of children in a great concrete court, with spectators sitting in front & standing behind. First the smallest children did a sort of action-song-drill with wreaths & bunches of daisies, & some of them danced 4 hand reels very well. Then the older girls drilled with long ribbons of every colour, & did some very pretty figures. We came away while they were still performing, & I had tea at the hotel & visited Mrs P. again afterwards. She got on the subject of men – husbands especially, & spoke very eloquently. She had a story of a man who was killed falling off a car coming home very late & drunk at night, in his own avenue & the man who told her this tale held that the man’s wife should have been tried for murder because she had gone to bed & to sleep instead

of sitting up for him. He was not found till the morning. This was to illustrate the idea some men have of a wife’s duties. She says Tom & her brother Tim & Dr Kennedy are the only thoroughly good husbands she knows of. I gave her the rings for Kitty & Tash & got the money for them, & K. Hicks wants one made for her.

Friday 28th June. – I went to the tech & finished the ring, putting the plate onto the circlet all by myself. O’Shea did it for me with the last two. Miss Courtney sold the turquoise ring for me to a Miss Slattery who lives with her in Mary St. Altogether I made £1 on them all, that is to say, 7. The moonstone pendant remained. I did soldered some links of a chain, & started setting that piece of jade I got in March.

Saturday 29th June. – This day a fresh lot of precious stones arrived from Wainwright. There were four lovely dark topazes, and some little bit of red coral, and a flat moss-agate with a delicate little Japanese picture of plants growing on a rock on it, and fine deep purple amethysts, and jade and carbuncles, and a great deal of uninteresting green and white malachite, and moonstones and clear pale green things which I imagine to be chrysoprases. Annie came to afternoon tea, and told us all about her sister’s death, which seems to have been very quiet and easy. She was interested in the stones, and I intend to make her a ring with one of the topazes for her birthday in December.

Sunday 30th June. – Fine hot sunny day. Dorothea and Tom came to dinner and we sat in the garden all the afternoon, and discussed the propriety of reopening the well, now that the water supply from Cnoc an Doire is getting low.  The garden was looking very pretty then, with purple and white Canterbury bells, and yellow pansies and white roses and ivy-leaved geraniums and red carnations just beginning, but snails destroyed the white lily when we were at Tráigh Mhór. I showed Dorothea the stones, and she gave me an order for a copper brooch with three bits of coral for Maud at Christmas.

I went to the club committee in the evening, & the women there, instigated by Miss Dunne of the Granville, want to have a flag day for the prisoners’ dependents along with the feis, God confound them.