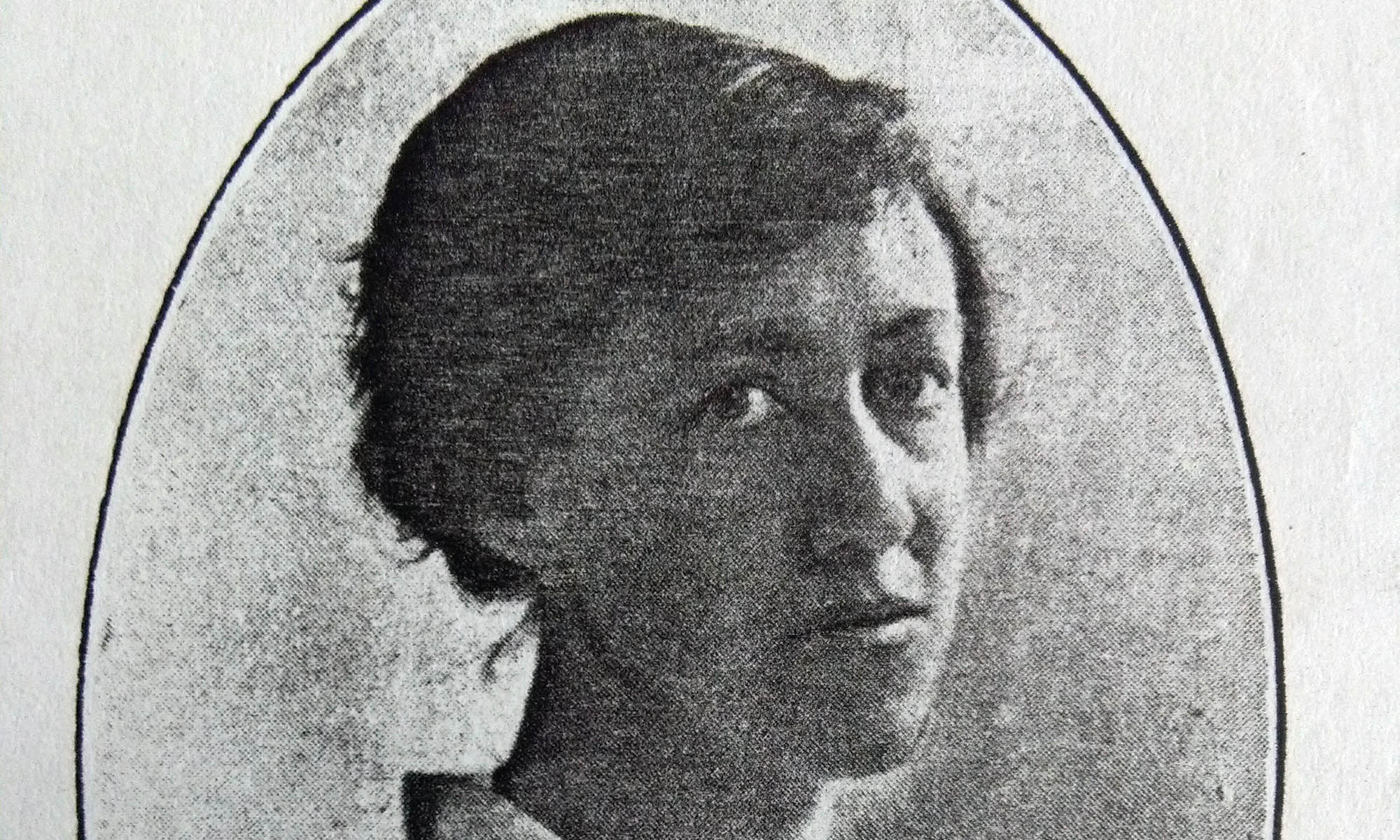 “When I came home I found Aunt H. had heard from Dublin that Lydia Maria Webb was on the Leinster, & nothing had been heard from her…”

goodbye to Daisy & Harry, Daisy was dining there on her way home. They had a newspaper there with news of the German peace proposals, which seemed so large that we could not conceive the Allies refusing them.

Tuesday 8th. – I went to the hotel after tea and saw practically only Tash, Marie being away and Mrs P. in bed. Tash had got a hat, a £2.10 waterproof and a £3 blue knitted coat from Aran for her winter wardrobe and Marie had a 6 guinea costume & a hat. She is said to be the expensive one. They must have a lot of money. I went on to the Fianna hall to see how the girls behaved in the Irish class, but they weren’t too bad.

Wednesday 9th Oct. – Tech in the morning. Those brooches are very tedious. I visited Annie a.d.; she was just back from Dunmore and I had not seen her for more than a month. Then Dorothea and I went to visit Mrs Murray & her baby. He is a rather pretty baby, without much colour, but plump & with brown hair already parted at one side. Mrs M. talked all the time about him & the nursing home – how lonely she was there, & couldn’t sleep at night – & about babies clothes etc etc. She was greatly interested in Dorothea and gave her lots of advice, but D. knows as much about babies a & Tokology as if she had 12 children. There was a committee at the Club a.t., & I brought up the reading room

question again, & they agreed to curtain off part of the billiard room for Whittle’s election work, & have the inside room to the women & make the outer one the reading room. Gallagher told of an offer the Labour made, through Coates, about the election they wd not fight 3 neighbouring constituencies if we wd leave them the city & he consulted one or 2, & sent Brazil up to headquarters to tell them we did not wish it, & get instructions. W. Doyle said he had done very wrong not to call a committee. He said there was not time but it was obvious there was. Then he mentioned as another reason, a secret that had got out once after a committee meeting & this naturally infuriated Doyle & displeased most of is. Doyle finally left the

room, pursued by imploring shouts of “Willie! Willie!” I think Gallagher regretted what he had said, but no one seemed to dream for a moment that the Labour offer shd not have been blankly refused. Brazil supported Gallagher’s action but with great efforts to conciliate Doyle, he has improved very much since the old times when he used to be fighting with Connolly.

Thursday 10th. – Rain most of the day. The Women’s Civic Association had its opening meeting in the evening, in the committee room at the Town Hall. Dr Mary in the chair. The committee was chosen in the strangest manner I ever knew – volunteers, were called for, & when 20 had offered, the officers were arranged & that was all. A few were 1s suggested by their friends,

which was where how I got on. Then the vacancy on the board of Guardians came on & it was arranged to canvas the Guardians in favour of Mrs Hayden or Mrs Gibbon – & it was decided to get up a meeting about mothers’ pensions. The committee met after the general meeting was over, & didn’t part finally till nearly 11. Dr M. is a very slow chairman. Mrs Hayden is vice, D. & Mrs O’Shaughnessy secs, & Katie treasurer, Mrs R.F. Phelan, Miss Skeffington, Mrs Ryan & Mrs Jerome Connolly are all on the committee. T. was waiting for Dorothea, & he told had heard of the sinking of the Leinster, but it was thought then that everyone was saved.

Friday 11th Oct. – I went to town in the morning, & in the afternoon at

last succeeded in finding Mrs Coade at home, returning her daughter’s horoscope & showing her mine. She said was I perceptive & I said no, & she said she would have thought not. She said Mrs Taylor is giving up work, not having time for it, & that she told her she would change & have a better time after 45, which she finds true. I think she has lately taken up Christian Science & gets great satisfaction from it. [Superscript: She was going down to hall give tea to 500 new soldiers]. When I came home I found Aunt H. had heard from Dublin that Lydia Maria Webb was on the Leinster, & nothing had been heard from her.

Friday Saturday 12th Oct. – Another letter from Aunt Isabella, saying that L. M. W’s body had been found in the Morgue Mrs I can’t help thinking a quick death like that is a lucky thing for an old

person, considering the years of illness so many of them are put through now. Annie came in the afternoon to discuss what book we could read now that Charlotte had backed out, & we talked about a great many but came to no definite conclusion. She borrowed my Physical Research book, & we had a few words – I don’t mean a dispute – concerning religion & the war, in which she spoke with her usual sense.

Sunday 13th Oct. – My 30th birthday. I feel somewhat less of a fool but hardly any older than 10 years ago, & as I did not know then that I was a fool, it is in realising it that the decrease in folly chiefly exists. Mamma gave me chocolates & was willing to give me a pair of slippers but I could not get them velvet, which

was what I wanted. Tom gave me a bicycle pump, Aunt H a writing pad, D. a green scarf, Josephine Harvey a little box of stationary, and Tash a big photo of De Valera. I afterwards got a painted hatribbon & 2 little hair tidies from the carstand Powers, & a very nice white collar from Miss Bowman. T. and D. came to dinner and we went for a walk in the afternoon out the road & into Goff’s, which was looking exquisite with the changing trees. I was reading Les Dieux ont Soif at this time, but not very fast, as it didn’t interest me much. As T. said, it showed a state of tyranny emanating from panic very like what the war produces at present. I went to hear Gallagher lecture

on the Resurrection of Hungary in the evening, & it was rather good. P.W. Kenny then made a long speech about Labour’s mistake in coming into the general election.