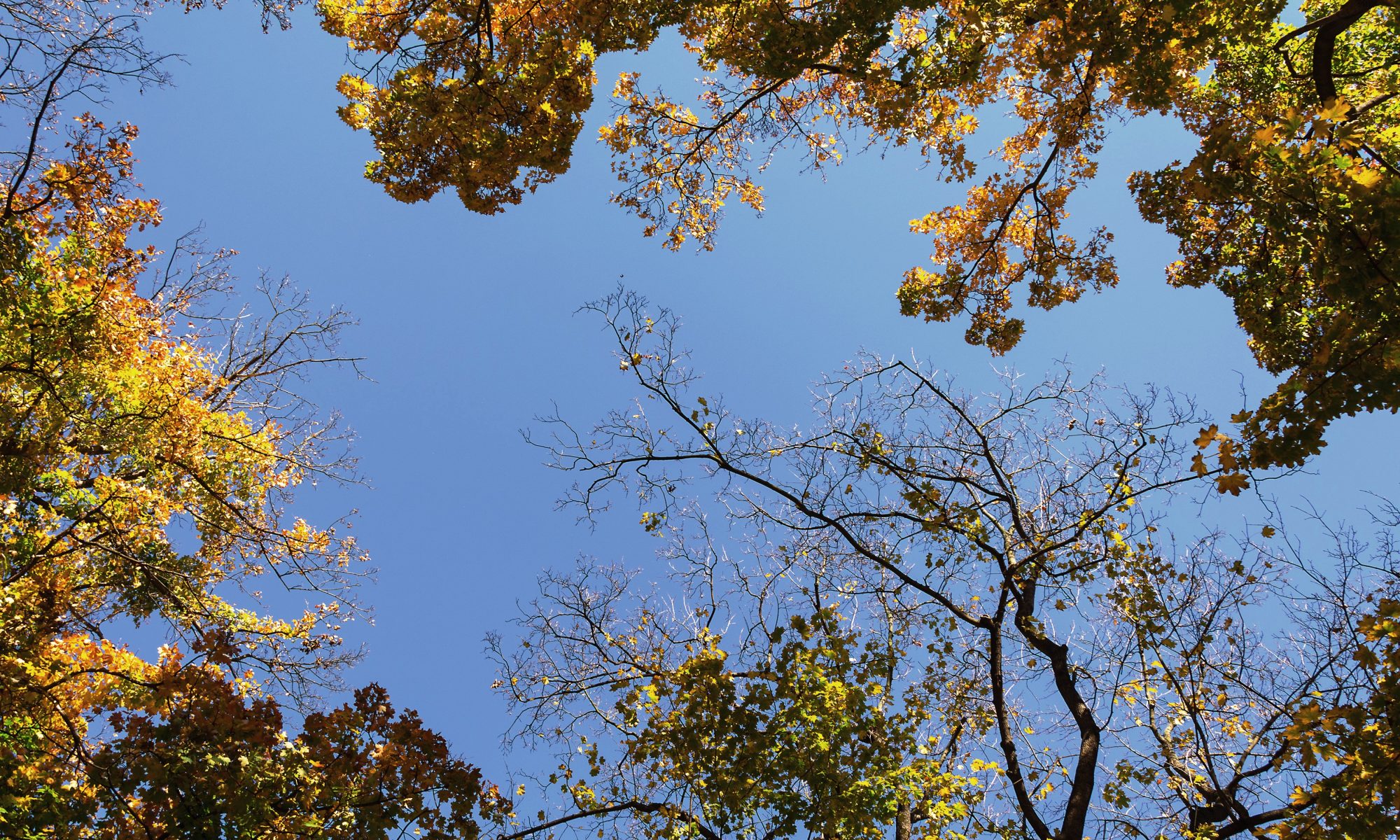 “This was the day Mrs Sheehy-Skeffington got knocked on the head by a policeman with the butt of a rifle […] because she wd not refrain from speaking at their order. She got concussion of the brain & septic poisoning afterwards, & was very ill. The word policeman was not allowed to be mentioned in any Irish paper describing the occurrence, so their descriptions were practically non-existent. We all worked hard from breakfast till 11, which was not so long as it looks on paper, & then held meeting in the dining room for an hour in perfect silence”

Monday 4th Aug. – Cousin William had business in Inis Cortaig [Enniscorthy] in the morning & took me with him in the high trap. I pottered about

& bought camisoles for Emily Blay (who was going to a job in a hotel in London) till he was through his business. He is very good company alone. I went up to Avonbeg a.d. to go bathing & was received in the last field by a grotesque demon with a horsehair beard & moustache & ass’s ears & a long nose like a carrot, lurking in a ditch, which turned out to be Eleanor. Mrs Roberts & Marjorie & Calvert & I drove down to the river in the donkey trap – Benjamin also – & everyone bathed except Mrs R. and the 2 men. The water was quite balmy. Marjorie is a powerful swimmer. We had tea on the bank then, & had the pleasure of seeing a train pass. Alexander Roberts had one of the pleasantest faces I ever saw, & looks young enough to be his son in law’s nephew. Eleanor and Lisbeth then took me a bit along the flat river bank

to a wishing well in the wood between the road & the railway – a very pretty sloping wood with lots of holly in it – but the wishing well did not work. They drove me home afterwards, the others having vanished when we came back, & Eleanor promised me a ride the next evening. She is cracked about riding herself. [Superscript: She showed me the horses in the fields, Jessie, Robin, Nellie, Cormac & the piebald pony]. Cousin William, when he heard this, impressed it on me that those girls – especially E.  – were very reckless & didn’t care what happened to them, & I should take care of myself with them. He hitched the pianola onto the piano after tea & we had a lot of lovely music – overture to Vin Zorubkwfloln [sp.?], and a thing with magic bells, (the Barcardles) etc etc etc.

Tuesday 5 Aug. – A splendid hot day. I spent most of the morning working the pianola – there

was a nice selection out of Il Travatore. In the afternoon Cousin William took Cousin Anna & me & Mrs Roberts & Eleanor for a motor drive to Newtownbarry & a good way beyond it, all past Mount Leinster & Blackstairs quite close, and they are divine, but how different from the Comeraghs, so much more curves & long rounded slopes, comparatively smooth looking, instead of all the rocks & precipices. We paused in Newtownbarry & saw the little bright clear stream down the middle of the street, & Cousin Anna bought various things which turned out soon after to be cakes & chocolate biscuits for afternoon tea. We had it by the side of a road in very pretty up & down scenery, with a big stream going under the road. Mrs Roberts & Eleanor told about the old 7th son of the 7th son who sets

bones in Newtownbarry every week, & who has a 7th son of his own to whom his gift will pass automatically at his death. We were talking about C.M. Yonge’s books; Mrs R. says she read the Heir of Redclyffe to her daughter last winter & thought how ideas of up-bringing had changed since then. After tea I went up to Avonbeg & was made to dance steps for Marjorie C. & Calvert, was gone, & then Eleanor brought round a solid elderly brown mare called Jessie & I provided her & her sisters with an hour of intense amusement in a big field. Jessie wanted to get back to her friend Robin in another field & was averse to more far from the gate, & I was not dressed for riding astride & lost all my hairpins the first time she trotted. It was fearfully joggly but I did not fall off even when she started to gallop. It was an awfully pretty field & sky.

[Transcribers Note:  A small flower drawing at the top of the page]

Wednesday 6th. – A grand fine hot day. I went up to Avonbeg early to go for a ride with Eleanor, who was taking Nellie the pony to the forge to have her shoes off. She put me on Robin this time, providing me with a split coat & a capable hat. The roads were beautiful with the sunshine through the trees, but & though it was as joggly as ever at first I presently got some hold of the proper rhythm of the trot & began to enjoyed it much more. Coming back Nellie stumbled & fell on her knees & apparently rolled over Eleanor – a frightful sight – but neither seemed in the least hurt. I suppose E. ought not to have trotted her with her shoes off. We went into the field beside the avenue then & the difference of having being on the grass was wonderful, & we had one gallop. I certainly made considerable progress that day, & I don’t know when I’ve met a young girl as nice as Eleanor.

I went home by the afternoon train, much sorrier to go than I expected to be, & Tom met me. I went up to St Declan’s in the evening & visited them in the garden. Louis was perceptibly bigger in the week I had been gone, & very good. They were going out to stay 3 weeks at Midvale the following Monday, while Edwin etc are away.

Thursday 7th Aug. – Helen Webb came in a motor belonging to the Franklins to stay a few days at Suirview. Cecil Franklin & a young friend of his brought her; C.F. is tall & rather handsome, with plenty of dark hair, & he kissed her goodbye. I went to Roscrea with some difficulty in the afternoon, having to change both at Port Iaoire & at Ballybrophy, & it was very hot. There are lovely boys between Ballybrophy & Roscrea. Harry Pim met me at Roscrea & showed me into a pony trap with a young man to drive, who brought me

to Francraft, 2 mile out, & talked very pleasantly about lunatic asylums etc. Francraft comprises a big mill with a house by it & another house opposite, across a big yard, gardens & farmyard & stables, & a system of overflow streams from the millstream over through the garden & the garden of the Pims’ house. The mill is owned by one Bergin, who lives in the house by it. Helen received me very kindly, so did her little dog Tupper, a sort of big rough Yorkshire terrier with a nice face, but a female, & afflicted with a passion for having stones thrown. She had 3 nice little black pups, all sold since. Lucy was a tall handsome young woman to outward view, with nearly black hair, fine dark grey eyes & black eyebrows & a lovely complexion, & a good figure only that she had too much bust. She had a great likeness to her aunt Lucy. Mabel is quite different to what she used to be, slim & pale

& spry & very amiable & friendly – far more so than Lucy, who had nothing to say & a rather sulky manner. Helen took me round to see the millpond, which is full of Waterhens & has a grand echo. They had 2 paying guests, one Katie Bewley of Dublin Killiney, another of my 3rd cousins, a very nice woman with a likeness to Daisy, & an English schoolmistress friend of hers named Waller. There is no servant & they all have to hustle. Frances was at a poor girls’ camp in Yorkshire & Anthony at a Young Friends’ ditto near Droicead Áta. Harry came home about 7. It’s a big house with a lot of room in it, & the garden is very pretty, but full of hens & weeds.

Friday 8 Aug. – I seemed to spend most of the day darning the stockings of the family. Miss Waller & K. B. went to see the fair in Roscrea & didn’t

come back till late in the afternoon. Lucy teaches domestic science etc at Buckhurst hill “college” near London, where Brenda & Sheila are, & has a low opinion of them, S. at least, whom she says is very stupid & heavy, & its easy seem that she doesn’t like Brenda either – she is “perculiar”.

Saturday 9 Aug. – Mabel showed me over the mill, I darned more stockings & inspected the books – more histories of England than I ever saw in all my life, & numberless books of instruction on plumbing & that sort of thing – & in the afternoon walked into Roscrea by a lovely road, overhung by trees most of the way, & inspected the town. I called on Harry in Mrs Smith’s shop, & saw the castle & the Cummins’s shop. It was very hot. It’s a nice little town, ending suddenly like Inis Cortaid. I did a lot of ironing for Helen in Mrs Bergin’s kitchen after tea.

Sunday 10 Aug. – Fine warm day. This was the day Mrs Sheehy-Skeffington got knocked on the head by a policeman with the butt of a rifle at an [unclear word sp?]  because she wd not refrain from speaking at their order. She got concussion of the brain & septic poisoning afterwards, & was very ill. The cause of word policeman was not allowed to be mentioned in any Irish paper describing the occurrence, so their descriptions were practically non-existent. We all worked hard from breakfast till 11, which was not so long as it looks on paper, & then held meeting in the dining room for an hour in perfect silence. I had been expecting to be taken to some non-conformist church in Roscrea, but though this was duller it seemed to me much more proper & self respecting. After dinner Harry took K. Bewley & Lucy & me for a walk in the fields, & most of the Bergin dogs came too, besides Tupper. There was a very old

ruined church smothered in ivy, and very old & fairly new graves round. Harry is interested in archaeology, but he could tell me nothing about it. Then we walked in a very boggy part of the 50 acre field, and little pheasants or partridges flew up under our feet. K. B. is a very nice woman, & has an attractive voice like Emer’s.