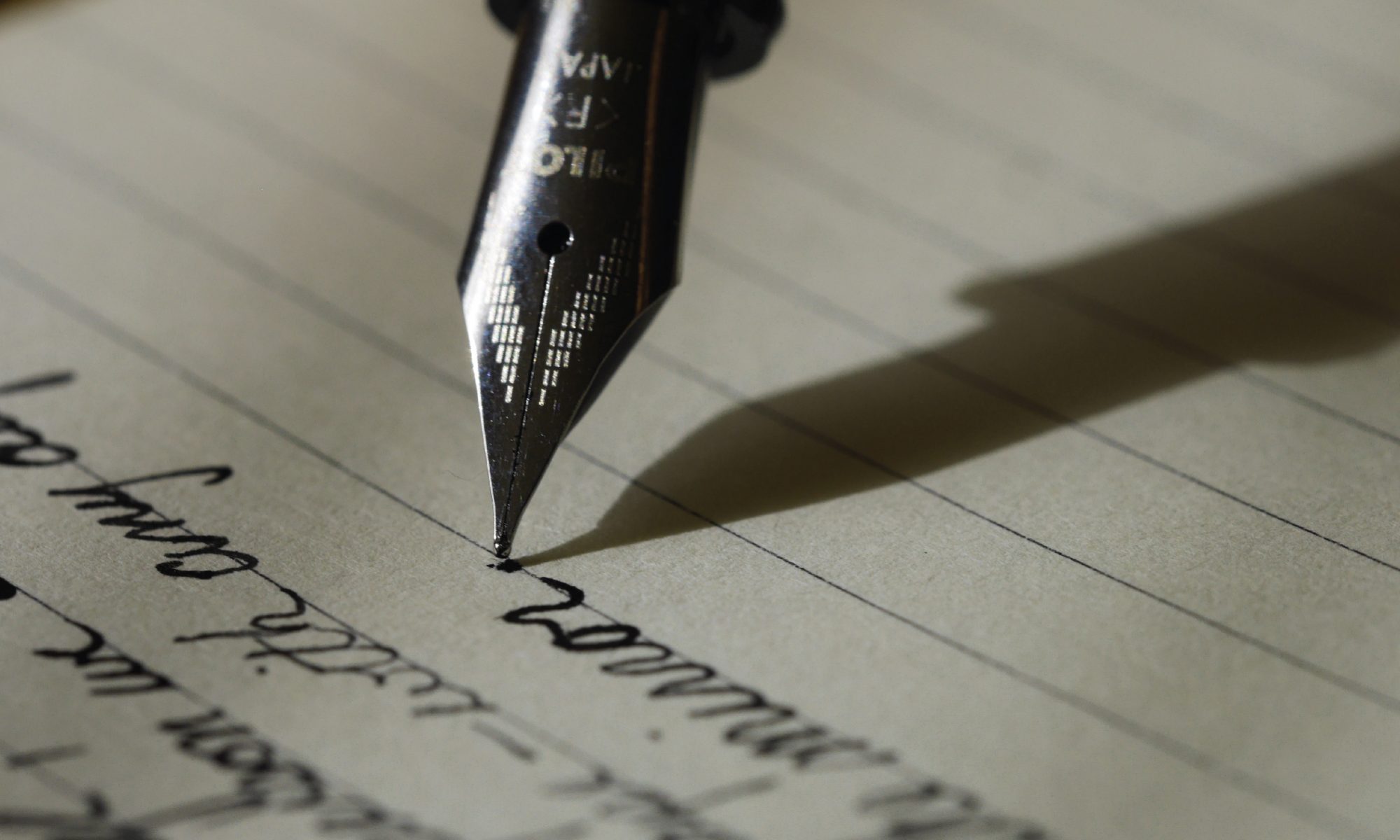 “Callaghan came back refused from Maunsell’s. I wish they would give some idea of why they refused it. I went to the Tech & worked on the turquoise pendant. Dorothea & Ben went to Tráit Mór in the afternoon, for Ben to say goodbye to Midvale, & no sooner were they gone than Grace Bell & Ruth came to pay a visit.”

Monday 8th. – Cold day. I went with Miss Bowman to hear the Welsh miners, & they were a good deal like what I’d imagine Catholic missioners. One gem was that if you scorn God in your prosperity he will scorn you in your misery, & laugh at you, & to hear the laugh of God behind you is a terrible thing. Two young men preached both impressive with earnestness & I think they are feeling a bit discouraged by the shyness & reserve of Waterford Christians. One gave a lurid account of the sudden death of his aunt in the midst of her

jokes, by breaking a bloodvessel – the death of the body is a terrible thing, & how much more terrible the death of the soul. The men who were not preaching kept up a sort of faint accompaniment of groans & sighs to the one who was; they must have found the audience rather phlegmatic. The other man who looks after them had a nice face. We had a short visit from K. Hicks after I got home, & her ring is too small.

Tuesday 9th. – Tom stayed at home in the morning and Ben turned up about 12 – & Louis of course received him with the utmost composure and politeness because he was a man. Didn’t mind what formalities Ben took with him, and accepted him as one of the family in a minute. Ben gave a ridiculous account of poor Aunt Bessie’s inadequacy to her task of nursing Bob with congestion of the lungs, minding Michael and doing the house-

work – all with Nancy’s help of course, but N. was in bed a couple of days with a cold too. Aunt B. could hardly be expected not to get mazed sometimes with so much to do. He says Edie Clarke is as capable as possible. He saw Stephen in Dublin the last weekend – he said Michael was a pretty baby, though of course, he wasn’t as enthusiastic about him as Aunt Bessie, but that Honor Elizabeth is a bit tullish looking.

Louis & I visited the Bells in the afternoon – Gertrude Webb was there & wanted to see him. He was fairly good, and surprised Anna by not being afraid of Sancho at the closest quarters. Sancho is a most fascinating dog. Tom & I attended Edwin’s F.L.S. lecture on Beekeeping. The tea was good & the lecture unexpectedly interesting just because he was so

keen on it & explained the model hive so clearly. It was quite popular. Ben had with him a wonderful book in 2 parts, one writing, the other most exquisite anatomical drawings, that Dick Gallagher the Jesuit wrote & drew for Genny, all about the human body & its construction & functions with special reference to sex, & also all the problems of marriage & morality, so comprehensive it is hard to describe. It was extraordinarily sensible in some ways and so cool & scientific & unembarrassed, you could nearly read it aloud. Of course some of the morality was very Catholic, & it said straight out that it is wrong to kill a baby to save its mother in a confinement, but it would allow people to limit their families as they don’t take artificial means to prevent conception though it had all the usual clerical hysterics about race suicide. But it was a

marvellous work, & Genny will be wiser than most octogenarians when she has read it. I want to know now whether all Jesuits are put through a course of sex physiology & functions, or whether D.G. studied it up on his own account. We sat round the table reading & discussing it till a very late hour – I getting dropped on by D. of course whenever I objected to anything in it, and Ben defending it against whatever I might say too – he will never allow anything against Catholicism to pass unopposed.

Wednesday 10th  March. – Callaghan came back refused from Maunsell’s. I wish they would give some idea of why they refused it. I went to the Tech & worked on the turquoise pendant. Dorothea & Ben went to Tráit Mór in the afternoon, for Ben to say goodbye to Midvale, & no sooner were they gone than Grace Bell & Ruth

came to pay a visit. Louis was out, & didn’t return till they were on the point of going; then they stopped a little longer for Ruth to enjoy his company. He ran about the hall & climbed upstairs, taking no notice of her, while she gazed at him fascinated. Her idea is less to play with him than to watch him and take care of him, pat his head, help to take off his coat etc. She seems to regard him as immeasurably younger than herself. I was talking to Grace about the Nation article on the American idea of liberty; she seems to agree that they are like that.

After tea Ben & I paid a visit at Suirview, & when we got back Miss Leighton came to tell D. about the meeting of matrons re the cinemas that she went to that day. They seemed very helpless & idealess, & she had to guide them (she did not give the least impression of self complacency or conceit), & she made out

a paragraph about it to send to the local papers. Then she got talking about spiritualism and experiences she had had with séances & mediums being apparently possessed by very prosaic spirits, and Ben nearly died of disgust and boredom. He abused her ferociously when she was gone – she certainly did stay too long – and we argued a bit about spiritualism. He has the usual idea that it very materialistic because the communications come in ways that can be grasped by physical senses, & because they sound human instead of unimaginably transcendental.

Thursday 11th March. – Fine bright day. Tom & I & Louis went out to Glenville in the afternoon, and it was lovely there. Ben bought a bottle of port wine and we drank it out of the little liqueur glasses after tea, & spent the evening round the drawingroom fire. D. was telling the

affect that men have on her if they have any sex in them at all – their mere presence, entirely irrespective of their appearance seems to affect her powerfully, & I wonder if you must be like that to be an attractive woman. Ben blamed Nancy severely for torturing Bob by telling him, form a sense of duty, about all her flirtations, it seems he is of a jealous nature which pleases me, he is so undeniably modest & unselfish and good. I asked why love & flirtations must always be spoken of facetiously, & D. said because otherwise you would be too shy to speak of them at all. Time you learned, then. I said I had always wished to meet a man who had never been loved, and Ben said here was he. He never struck me as a person who had no success with the other sex. D. sang a couple of songs – Oú voulez vous aller was one.

Saturday 13th March. – I took Louis to see the castand Powers in the afternoon, and they said he looked like Father Kelleher. They have a very reasonable theory that most of the alderman owe their position to their high places – in the alphabet, being such names as Brazil, Connolly, Cunningham, Brett, Dawson. Louis was good part of the time, but never in a really cheerful humour. There is something in their loud & rather amused voices that annoys him.

Sunday 14th March. – Tom & I took Louis out to May’s lane and sat on a log there in the sun for a long time.

[Transcribers Note: Page numbers 32 and 33 are replicated on the following pages)

I went down to Suirview to read about to Uncle E – it was Creevy again but not very interesting. Nothing seemed to happen this week, I revised Callaghan & went to the Tech a couple of times & made a little copper seal there with R J on it, rather badly. I visited R. Butler on Thursday. On Wednesday there was a big procession, got up as usual by the Gaelic League, and the police did not interfere, but there were hardly any women in it compared to the procession of the 7th March, which shows that Redmondite women are only Redmonites, nothing else. Kitty Power came once or twice to garden for D., according to an arrangement they made. I took Louis out a good deal & he was rather troublesome to his parents at night.