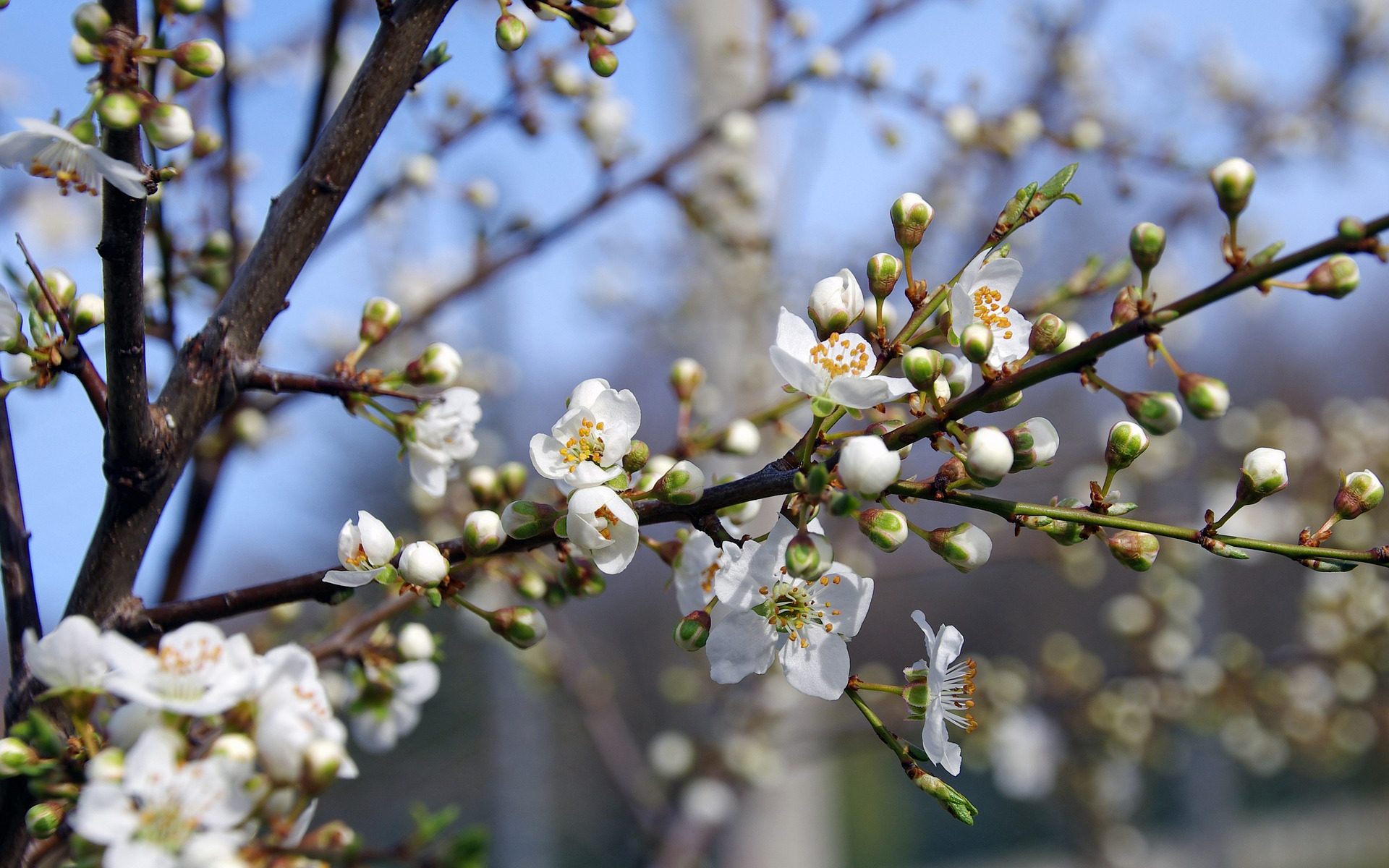 “I read a good deal of the Valley of the Moon by Jack London. The American language is awful, & makes a book very difficult to read and gets tired of the pursuit of bodily experience too, and I never liked Saxon particularly, but Billy is sometimes nice, & one is allowed to hear more of his physical charms than usual with a man. “

Monday 29th. – Much the same. I got up before tea, and was sorry. Aunt H. seems to be ill all this time from the letters, I wonder why she should be worse all this winter then she had been for years & years.

Tuesday 30th. – A lovely soft fresh warm day. I was considered better, and was out a good deal in the afternoon. The blackthorn was coming out. There were 4 young mares in the field next the lawn, who come up to you when you go in with great curiosity & friendliness. Aunt Maggie was rather poorly all this time, with heart palpitations; she says her doctor has told her never to do anything at all exertive, but apparently she can’t bring herself or remember always to obey his precepts. Violet & Francis called in the afternoon.

I read a good deal of the Valley of the Moon by Jack London. The American language is awful, & makes a book very difficult to read and gets tired of the pursuit of bodily experience too, and I never liked Saxon particularly, but Billy is sometimes nice, & one is allowed to hear more of his physical charms than usual with a man. Mercede’s talk is almost the must disgusting stuff

I ever read, & J.L. is fairly disgusting himself with his everlasting “pretties”. All the business part in the end bores me, and there is all the usual self-conscious tiresomeness of the outlined holiday-making American in the crowd they met at that seaside place. The Anglo Saxon enthusiasm is very artlessly dressed stressed, & there’s the American sentimentality over the whole thing.

Wednesday 31st March. – Pouring wet morning, but it cleared in the afternoon enough to ler us drive in to Wexford to visit Miss Rowe. Also to shop for provisions, that took about an hour. Miss Rowe was all in black, & looked thinner than ever. Her mother has been an invalid ever since Mr Rowe’s illness, & didn’t appear. We had tea, & Miss Rowe said what was the country coming to & were we all going to be murdered, just as any uncivilized country Protesant might have said, &

only with a superior amused manner. A Unionist school-mistress can be more distainful than any other living thing, I suppose. She & Aunt Maggie talked about people in Wexford who are leaving the town, & there was practically no interesting conversation at all. She took us into the garden, & nothing is talked of in gardens except plants and gardening, except people sit down, which we did not do. The garden was lovely, but it was very disappointing to get no good of the visit except a grand bunch of daffodils & perennial snowdrops. It made me talk about the uninterestingness of country people in general to Aunt M. on the way home, & how conversation with them is limited, & discussion spoiled, by their opinions on all abstract subjects being so unwillingness to admit the admissibility of more than one view being taken or being possible for anyone but one of the last to take, on any abstract subject. She admitted a good deal of it, but said Mrs Francis

is not like that. Also that she thought I was willing to allow due weight to other peoples’ opinions, which is the first time anyone came near such a suggestion.

Thursday 1st April. – Fine bright sunny day. I went out the road beyond the Francis’s house for a walk in the morning, the furze is getting splendid.

Friday 2nd April. – Aunt M. went to church in the morning at Cill Fuinneoig, & Mr B. & I went with her in the trap & waited round till she came out. It was very cold & wet & the service lasted a long long time.  I finished reading

The Crown of Wild Olive for the second or third time. Rushkin seems to me hampered by his sentimental views of life & character, which are almost inseperable from the sort of religious mind that likes the idea of royalty & unquestioned authority. He likes to call the Bible a Captain’s orders, and to dwell on the idea of God as a king & a master. There is so much sense and goodness of heart and straight thinking in the essays that it makes it more of a pity when he seems to fall into intervals of foolishness. I like the way he dwells on justice in Work, and Traffic is good all through, illuminating & fresh and admirable, but War is the most extraordinary see saw of sense & folly & inconsistency. It seems to be true that arts flourish & originate mostly among war like peoples (though the Spartans, who are his ideal soldiers, had none) and its hard to say much against the

sort of perfectly even hand-to-hand fighting with swords that hs his idea of war, but he must have been very simple to think that fighting, if it goes on at all, could even be kept on that level, and its very inaccurate to say that even that sort of fighting always shows who is the best man. All he says about the mean devilment of kings making poor men fight their battles for them is very good, but he is too inclined to think that people who do a virtuous or brave action, must be all good, and possibly vice versa. His captain who chose to go down with his passengers acted magnificently, but a man might do that & yet be by no means the perfect father to his crew that Ruskin assumes he must be. The part about righteous war seems written in utter ignorance of the world & human nature – in a kind of pink sentimental haze. As if any nation

could not easily deceive itself into interfering for its own advantage in the belief that it was acting on perfectly pure motives. He seems to have no realization at all of the power of himan beings to deceive themselves & each other and make black look white, or of the temptation and corrupting influence of power. He makes some absurd remarks about the perfections of veteran British generals, which no generals who ever lived could have deserved, & he keeps going up & down in a very consistent way between sensible remarks on the desctruction & cruelty of war compared to constructive peaceful work and praises of the mobility & beauty of war compared to the mean corruption of peace. War never could be carried on without cruelty & distruction. The remarks to women are good in some ways, but I can’t believe they could stop a war in a week by all dressing in black and he represents men in a rather weak & chameleon like light when he insists

so that they are exactly what women make them, that they will be and do exactly what women are & tell them to. The part urging women to be heroic & thoughtful in the high tide of prosperity & happiness, & warming the young soldiers against thoughtlessness and the temptations of prosperity, is very good. Mr Byron reads the novels of Nat Gould with the greatest absorbtion in the evenings. He & Miss B. were very busy about the lambs all this time.

Saturday 3rd April. – Fairly fine day. I went for a walk out the lane in the afternoon, it was very muddy, but its far the prettiest walk in the neighbourhood.

Sunday 4th April, Easter Sunday. – We all went to church in the pont trap, & heard a rather interesting sermon about the first Easter Sunday & the night

before it. The church was all decorated with daffodils & moss & ivy and looked very nice. I walked back with Mrs Timpson, while the others stayed for communion service. She is a Methodist & has a brother in Cork who knows Mr Farrington, a Dr Harvey, but no relation to us. We went down to the village for lettus, & there were 2 Sinn Féin flags – or I should rather say Republican flags – stuck on trees there. Aunt Maggie gave me a very interesting description of Roppelin and the no clothes cure that afternoon – it must have been very hard on stout & ill-made people, and miserably cold at first, but she said it did away with colds altogether if only you could keep it up even in part. Janie & Albert Bell & the Walpoles, & Josephine Walpole & Alice & herself were there. Its hard to imagine Janie trotting round the enclosure.

I was going through the drawer of photographs, & she told me how good natured – good-tempered was the word, Peter Poole used to be, & how he wd give in to them all though he was the eldest, & how Richard used to bully him when they were small, though more than a year younger. She had a story her mother used to tell her of their being given a bowl of bread & milk between them when Peter was 3 or 4 & Richard 2 or 3, & Richard monopolizing it & keeping Peter off with his elbows while he ate rapidly, & Peter begging for a bit – “Ah Richard, give me one bit! What would it do me harm?” “T’would choke ya!” We went round the lawn with Punch after tea, & it was very funny to see him among the sheep, a good deal frightened by them some times. A cat walking in a field is a great novelty to town dwellers. Aunt M. heard

this day that old Mrs Owen’s was very ill & not expected to live, & she decided to go to Inis Cortaig [Eniscorthy] the next day to visit her.